17 Jan Does HAART Treatment for HIV Contribute To Rapid Rise in Syphilis Infections? 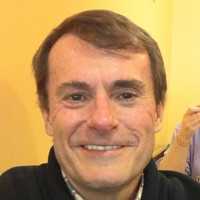 Michael Rekart, MD, DTM&H
Clinical Professor, Medicine and Global Health
The University of British Columbia
…. On behalf of my co-authors

Response: The background for this study is the observation that new syphilis cases over the last decade in British Columbia, Canada, have been escalating more rapidly than anyone could have predicted and that syphilis incidence has outpaced the incidence of other sexually transmitted diseases (STDs), including gonorrhea and chlamydia. This unexpected increase in syphilis has been almost wholly concentrated in men who have sex with men (MSM). Most of these MSM are HIV-1 infected and many are taking highly active antiretroviral therapy (HAART). In fact, the expansion in HAART coverage in MSM parallels the growth in syphilis in the same population. In addition, my co-authors and I had serious doubts as to whether ‘treatment optimism’, the generally accepted explanation for this phenomenon, was robust enough to account for such a dramatic increase in new syphilis cases. Treatment optimism posits that HAART availability and effectiveness have led to the perception in both HIV-1-infected and HIV-1-uninfected individuals that HIV-1 transmission has become much less likely, and the effects of HIV-1 infection less deadly. This is expected to result in increased sexual risk-taking, especially unprotected anal intercourse, leading to more non-HIV-1 STDs, including gonorrhea, chlamydia and syphilis.

Response: There are five main findings in this paper.

1. First, the phenomenon of unexpected and dramatic increases in syphilis incidence that are out of proportion to other STDs is consistent across most high income countries including the United States and the United Kingdom.
2. Second, there are peer-reviewed papers in the scientific literature that support the hypothesis that taking HAART is closely associated with new syphilis infections. These include quantitative studies utilizing multivariate logistic regression analysis and Poisson regression analysis, as well as descriptive studies showing that a high proportion of new syphilis cases were taking HAART when they acquired their infection.
3. Third, the literature on treatment optimism is inconsistent and relatively weak, in the opinion of the authors. Whereas some studies show increased sexual risk-taking secondary to HAART expansion and the belief that HIV-1 infection is no longer a significant risk, others show no increase in high risk sexual behavior or a reduction in high risk behavior because HIV-1-infected persons want to protect their partners from HIV-1 infection.
4. Fourth, the hypothesis that HAART increases the risk of infection with Treponema pallidum, the agent of syphilis, is biologically plausible by several pathways. HAART agents can interfere with opsonophagocytosis, the primary clearance mechanism for extracellular pathogens such as T. pallidum, by suppressing mitochondrial function, the pro-inflammatory response, and macrophage activation. The clearance of Chlamydia and gonorrhea does not involve this immune mechanism. As well, opsonic antibody quality is reduced in individuals infected with HIV-1, and there is a depletion in CD4+ memory cells that would enhance the likelihood of syphilis reinfection.
5. Finally, we developed a mathematical model of HIV-1 and T. pallidum co-infection which suggested that the immunological effects of HAART and HAART-induced behavior change can in principle act in a synergistic fashion to increase syphilis prevalence by amounts comparable with that observed in the ongoing outbreak.

Response: If our hypothesis is correct, persons on HAART for treatment of HIV-1 infection and persons taking HAART for pre-exposure prophylaxis (PrEP) are at higher risk of infection with T. pallidum, and perhaps other infectious and noninfectious agents.

Their health care practitioners should inform these patients and screen them for these conditions more frequently. If certain HAART agents are eventually shown to suppress immunity more than others, first and second line HAART recommendations may need to be altered.

Response: Our hypothesis needs to be tested under laboratory conditions using experiments in macaques and verified in prospective cohort studies.

Finally, syphilis and HAART databases could be linked to delineate overlapping factors including HAART usage.

Response: Patients and practitioners should not stop using HAART because of our paper and its hypothesis. HIV-1 infection is universally fatal and syphilis is easily cured. HAART prevents early death, dramatically reduces HIV-1 complications and significantly improves quality of life, allowing HIV-1-infected individuals to return to a relatively normal existence. This fact is more important than the deleterious effect proposed by our hypothesis.