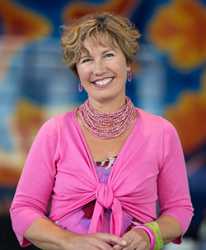 Prof. McCormack: PROUD is the first study of pre-exposure prophylaxis (PrEP) to prevent HIV carried out in the UK. The results show that PrEP could play a major role in reducing the number of new infections among men who have sex with men who are at risk of catching HIV.

Pre-exposure prophylaxis (PrEP) is a HIV prevention strategy that involves HIV-negative people taking some of the drugs we use for treatment of HIV to reduce the risk of becoming infected. The PROUD study (www.proud.mrc.ac.uk) looked at whether offering daily PrEP to men who have sex with men was an effective way to prevent HIV infection. The results show that pre-exposure prophylaxis is highly protective, reducing the risk of infection for this group by 86%.

The drug used in the trial – the antiretroviral Truvada – was already known to reduce the incidence of HIV infection compared to placebo (a dummy pill).  The PROUD study was designed to see how good Truvada would be found as pre-exposure prophylaxis in a real world situation when participants knew they were taking an active drug.  It aimed to address outstanding questions such as whether taking PrEP would change sexual risk behaviour – for example increasing the number of partners they did not use condoms with and increasing the rate of other sexually transmitted infections (STIs) – and whether or not it would be cost-effective to make it available on the NHS.

Prof. McCormack: The rate of new HIV infections in those not on pre-exposure prophylaxis was much higher than expected – 7 times higher than the rate seen in gay men attending sexual health clinics. This suggests that the study population was highly selective, and the offer of pre-exposure prophylaxis had attracted those most likely to benefit. We found an extremely impressive reduction in HIV, without a measurable increase in other sexually transmitted infections.

In the UK, the standard of HIV prevention services is already high, and yet there is still a substantial burden of new HIV infections amongst gay men who are already accessing these services. Our findings are highly encouraging for pre-exposure prophylaxis implementation, and strongly support the addition of  pre-exposure prophylaxis to the current standard. The PROUD results, together with the totality of evidence are currently under review with NHS England and Local Authorities.

Prof. McCormack:  A key area for future research is to find out if we can identify individuals from other key populations at risk of HIV who should be offered pre-exposure prophylaxis. We know there is a substantial burden of new HIV infections amongst Black African populations in the UK, about half of which are acquired in the UK, but those most at risk are not necessarily attending services where  pre-exposure prophylaxis would be discussed and offered.

There are new products in development including vaginal and rectal gels, intravaginal rings and long-acting injectables with a view to a future in which people have a choice of different methods to manage the periods in their life when they are at risk of HIV.

Pre-exposure prophylaxis to prevent the acquisition of HIV-1 infection (PROUD): effectiveness results from the pilot phase of a pragmatic open-label randomised trial