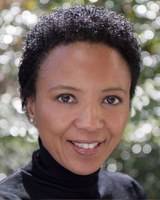 MedicalResearch: What is the current scope of the HIV epidemic?

My responses will generally focus on the U.S. epidemic but want to acknowledge that globally an estimated 36.9 million people were living with HIV at the end of 2014 with just 51% of them being diagnosed and more than 34 million deaths were attributed to HIV-related causes.[iii]

MedicalResearch: What are the main successes of contemporary HIV control?

Dr. Adimora: On the scientific front, we have made great progress. The development of antiretorivral drugs that are highly effective at suppressing HIV now allow people with HIV to stay healthy and live near normal life spans.[iv] New research definitively shows that people with HIV who start treatment earlier have significantly better health outcomes. [v] [vi] The U.S. Department of Health and Human Services Panel on Antiretroviral Guidelines for Adult and Adolescent recently strengthened their recommendation that all patients are offered HIV treatment in light of this new data.[vii]

Other critical developments include the overwhelming evidence that HIV treatment not only benefits the patient with HIV, but also improves public health by reducing the HIV-infected individual’s risk of transmitting the virus to zero when viral suppression is sustained.[viii] In addition, antiretroviral drugs have proven highly effective at preventing transmission when taken by individuals who are HIV negative – an important intervention, referred to as Pre-exposure Prophylaxis (PrEP), for people who are at higher risk for contracting HIV.[ix] For care delivery, the Ryan White HIV/AIDS Program (RWHAP) has been a leader in supporting a multi-disciplinary team approach to providing high quality, comprehensive care to poor, uninsured and underinsured individuals with HIV.[x] [xi] Celebrating its 25th anniversary this month, the RWHAP serves two out of three people with HIV in care and continues to be vital to responding to HIV in the U.S.

MedicalResearch: What are the barriers to current HIV diagnosis and treatment?

Dr. Adimora: Transferring the scientific advances in HIV medicine to the frontlines has been complicated and challenging due to a number of multi-dimensional factors. The CDC estimates that of the 1.2 million people living with HIV in the U.S. only 40% are engaged in care; 37% are prescribed antiretroviral treatment and just 30% are virally suppressed – the clinical definition of successful treatment.[xii] Stigma and discrimination play a large role in discouraging people with HIV from getting tested and interferes with linking and keeping patients with HIV in care. Many people living with HIV are dealing with other complex health issues, such as hepatitis C, mental illness or substance abuse in addition to facing challenges meeting other basic living needs, such as housing, stable employment and family care. HIV infection also disproportionately affects people with lower incomes who – depending on where they live – may not have any access to health care coverage. This is a major challenge particularly in the Southeastern U.S. where the HIV rates are growing the fastest[xiii] and where a majority of states have rejected the Medicaid expansion.[xiv]

MedicalResearch: What suggestions do you have to implement wider HIV prevention, diagnosis and treatment?

Dr. Adimora: As detailed in the 2015 to 2020 National HIV/AIDS Strategy[xv], action is needed at multiple levels to improve HIV prevention, diagnosis and treatment outcomes. Primary care and other medical providers can play an important role by incorporating routine HIV screening into their practice and developing relationships with the HIV providers in their community to refer and link patients who are newly diagnosed with HIV. We must increase access to delivery systems, like those supported by the Ryan White HIV/AIDS Program, that take a comprehensive approach to health by not just treating HIV but also helping patients address their other health, psychosocial and basic living needs. At the policy level, the inequities in access to health care coverage need to be addressed to support early and reliable access to HIV and other preventive and health care services for everyone regardless of who they are or where they live. We need the 20 states that have not expanded Medicaid to do so. We also must let the science drive our efforts and employ the range of tools proven effective at preventing HIV infection, including allowing federal support for syringe access programs and increasing access to Pre-exposure Prophylaxis for everyone who could benefit from it.

[i]Centers for Disease Control and Prevention. HIV in the United States: At A Glance. Online at http://www.cdc.gov/hiv/statistics/basics/ataglance.html.

[vii] Statement by the HHS Panel on Antiretroviral Guidelines for Adults and Adolescents Regarding Results from the START and TEMPRANO Trials. July 28, 2015. Online at: https://aidsinfo.nih.gov/news/1592/statement-from-adult-arv-guideline-panel—start-and-temprano-trials