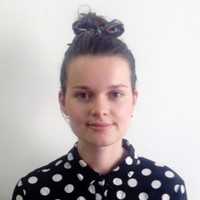 Response: The international community has committed to the Sustainable Development Goal of ending the AIDS epidemic by 2030 (SDG 3.3). Pre-exposure prophylaxis (PrEP) for HIV infection involves the use of antiretroviral drugs by people at high risk of acquiring HIV, and its efficacy of PrEP is well-documented. To help achieve SDG 3.3, the Joint United Nations Programme on HIV/AIDS (UNAIDS) has recommended as one of its global targets that 3 million people access PrEP by 2020.

For this paper, we examined European Centre for Disease Prevention and Control (ECDC) and UNAIDS monitoring data from Europe and Central Asia (the 53 countries of the WHO European Region plus Kosovo* and Liechtenstein) to identify what progress has been made in implementing PrEP in these countries. We also used data on self-reported PrEP use and expressed need for PrEP among men who have sex with men (MSM) from the European MSM Internet Survey (EMIS-2017) to calculate an estimate of the level of unmet need for PrEP in each country, what we term the ‘PrEP gap’.

Response: By 2019, 14 countries reported that their national health service provided reimbursed PrEP (Belgium, Bosnia and Herzegovina, Croatia, Denmark, France, Germany, Iceland, Luxembourg, Moldova, the Netherlands, Norway, Portugal, Sweden, and Northern Ireland and Scotland within the United Kingdom (UK)), either through insurance or from the public sector. The results show that progress has been made since 2016, when only France reported that PrEP was nationally available and reimbursed.

32 countries provided data on barriers to implementing PrEP. The most commonly cited barrier to implementing PrEP was the cost of the drug. Although outweighed by concerns relating to cost and service delivery, concerns about the impact of PrEP on sexual behaviours and epidemiology persisted in 18 countries.

Response: Although significant progress has been made since 2016, with 14 countries now providing and reimbursing PrEP within their national health system, PrEP implementation remains variable across the Region. Given that sex between men remain the predominant mode of transmission in the EU, it is highly concerning that ca 500,000 MSM in the EU who are very likely to use PrEP are not currently able to access it. The longer the delay in access to PrEP for these men, the more HIV infections will occur. In order to accelerate progress towards SDG 3.3, ending the AIDS epidemic by 2030, much wider implementation of PrEP will be required.

In order to facilitate PrEP implementation across Europe and Central Asia, minimum standards on the principles of establishing PrEP programmes, monitoring and surveillance would be beneficial. These should include guidance on identifying and estimating the size of key populations in need of PrEP which can then inform programme targets. National health authorities should focus on improving accessibility of PrEP to women and heterosexual men at high risk of HIV, as well as an expansion of PrEP availability more generally.

Response: We were able to estimate the PrEP gap only for MSM as we do not have an equivalent data source to EMIS-2017 for other key populations in need of PrEP. Having data on PrEP use and expressed need for PrEP among heterosexual men and women (including trans people) which is comparable across countries would be invaluable for informing the design of PrEP programmes as well as monitoring progress on PrEP implementation in the Region.

Response: The figure of 500,000 MSM in the EU likely to use PrEP if it were accessible may be an overestimate since EMIS-2017 used an MSM convenience sample which is known to over-represent the more sexually active. However, given that the calculation included only respondents who said they would be ‘very likely’ to use PrEP (as opposed to also including those who were ‘quite likely’) and because we used a factor to adjust for oversampling MSM at higher risk, we believe this is the best available estimate. As intention to use PrEP seemed particularly high in countries with larger populations such as Russia and Turkey and because EMIS-2017 lacks data from Central Asian countries, we restricted the calculation of the absolute numbers to the EU region.