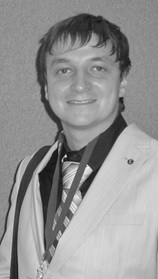 Response: The detection of acute HIV infection (AHI) is critical to HIV prevention and treatment strategies. Many field-based testing programs rely on point-of-care HIV antibody testing, which will reliably identify persons with established infection, but fail to detect persons with AHI. In many of these programs additional tests for AHI are only performed / recommended in persons presenting with signs and symptoms consistent with an acute retroviral syndrome (ARS). These signs and symptoms are unspecific and include fatigue, headache, pharyngitis, skin rash, GI symptoms, night sweats and others. However, the proportion of persons with acute HIV infection presenting symptomatic for their diagnostic test remains unknown.

The objective of our study was therefore to determine the proportion of persons with acute HIV infection presenting with signs and symptoms consistent with ARS for HIV screening.

Response: For clinicians and screening programs: Diagnostic strategies that test for acute HIV infection only in those with ongoing signs and symptoms of acute retroviral syndrome may fail to identify about half of persons with AHI. In contrast, HIV-1 NAT provided to persons with signs and symptoms of ARS during the two weeks before HIV screening may identify 80% of AHI cases. Therefore clinicians should assess symptoms that occurred during the previous 14 days and not focus on ongoing symptoms only when deciding whether or not to order a HIV test that detects acute HIV infection .

Response: Our findings may even have implications for settings that currently use routine the recommended p24 antigen based HIV testing, as these tests are limited by imperfect sensitivities for antibody negative  acute HIV infection (sensitivities between 50% and 80%).