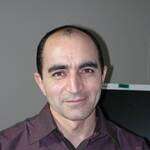 Response: CD8+T cells (killer T cells) play an important role against virally infected and cancer cells, however, their functional properties get compromised during the course of HIV infection and cancer. CD73, is one of molecules that influences killer T cell functions but its role in the context of viral infections has not been well defined.

Response: On the other hand, it has been reported that HIV-infected individuals have lower risk of developing multiple sclerosis (MS). As proof of concept, we investigated the proportion of killer T cells in the cerebrospinal fluids (CSF) of relapsing-remitting multiple sclerosis (MS) patients at the time of disease remission versus relapse. Interestingly, we found a significantly higher abundance of killer T cells having CD73 in the CSF of MS patients at time of relapse. These observations suggest that CD73 enhances the trafficking capacity of killer T cells to cross the blood-brain barrier.

Finally, we observed that chronic inflammation results in the accumulation of ATP, which provides energy to cells ” also called the energy currency of the cell”.

ATP via a complex mechanism suppresses the CD73 gene in killer T cells resulting in a lower production of CD73 protein.

Response: The main message is that our immune system is complex and fascinating! Our study has shed some light on one potential mechanism for the chronicity of HIV infection. We believe that HIV infection by reducing the CD73 gene through a complex mechanism evades the immune system, in particular, killer T cells. Lack of killer T cells trafficing capacity impaires killer T cells from finding and eliminating hidden infected cells in different tissues.