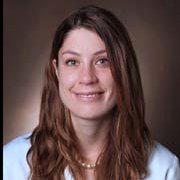 Dr. de St. Maurice: Susceptibility to certain infectious diseases appears to vary by gender. For example, males may be at increased risk of certain infections in childhood, including lower respiratory tract infections such as RSV, however females may have more severe infections, such as influenza, during pregnancy. Some early studies have suggested that males may be at increased risk of pneumococcal infections but this has not been confirmed. Furthermore, whether those potential gender differences remain after introduction of pneumococcal conjugate vaccines is unknown.

Dr. de St. Maurice: It is important to appreciate that males are at higher risk of invasive pneumococcal diseases than females. This should trigger discussion of preventative actions, including making sure subjects are up to date with their recommended vaccines.

Dr. de St. Maurice: Further research will be necessary to understand the biological processes underlying these gender differences in the risk of invasive pneumococcal disease.