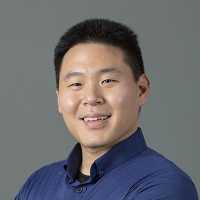 Response: Sepsis is the body’s reaction to a serious infection that results a cascade of inflammation in the body and organ dysfunction, such as low blood pressure, confusion, or failure of the lungs, kidneys, or liver.   Sepsis is a major cause of death, disability, and cost in the U.S. and around the world.  Growing recognition of this problem has led to numerous sepsis performance improvement initiatives in hospitals around the country.  Some of these efforts have also been catalyzed by high-profile tragic cases of missed sepsis leading to death, which may have contributed to a perception that most sepsis deaths are preventable if doctors and hospitals were only better at recognizing it.

However, the extent to which sepsis-related deaths might be preventable with better hospital-based care is unknown.  In my own experience as a critical care physician, a lot of sepsis patients we treat are extremely sick and even when they receive timely and optimal medical care, many do not survive.  This led myself and my colleagues to conduct this study to better understand what types of patients are dying from sepsis and how preventable these deaths might be.

Response: This study had 3 major findings:

Response: Sepsis is the most common cause of death in U.S. hospitals, but many sepsis-related deaths are unlikely to be preventable through better hospital-based care since these patients tend to very medically complex with severe underlying chronic illnesses.  This does not diminish the tragedy of having even one preventable death from sepsis or the importance of ongoing efforts across the nation to improve sepsis recognition and management.

However, our findings might help set more realistic expectations around what can be currently achieved with hospital-based care, and suggests that further improvement and innovations in the prevention and care of underlying conditions may be necessary before we can see further major reduction in sepsis death.

Response: First, we only included 6 hospitals from 3 U.S. regions, including 3 major academic centers, all of which are generally considered to be high quality hospitals.  The extent to which our findings are true in hospitals with less resources, or hospitals that have not made sepsis care a priority, is unclear, so it would be important to replicate these findings in different sets of hospitals.

Second, we only examined the preventability of deaths from sepsis from the standpoint of hospital-based care.  A major avenue for future research is examining whether better preventive care prior to hospitalization or more expeditious hospitalizations for infection or underlying conditions could have prevented death.   Possible preventive measures might include ensuring patients receive their appropriate vaccinations, routine check-ups to ensure their diabetes or other chronic conditions are well-managed, and better awareness of the symptoms of sepsis so that patients can know to seek care early.

Response: The findings from this study do not to diminish the importance of sepsis quality-improvement issues in hospitals — even one preventable death is too much.  In addition, since we only reviewed medical records for patients who died, our study doesn’t highlight all the other patients with sepsis for whom timely recognition and care in the hospital actually did prevent death. One of the takeaways, however, is that further innovation in the prevention of underlying conditions might be necessary before we can see a really large reduction in sepsis mortality.”

Disclosures: this research was funded by the CDC Prevention Epicenters Program, and in part by the Agency for Healthcare Research and Quality.