09 May New Drug May Protect Gut From Antibiotic-Resistance Genes

Response: Synthetic Biologics, Inc. is focused on the protection and preservation of the gut microbiome which is the diverse collection of microorganisms that live in the intestinal tract. We are learning that the gut microbiome plays a key role in health. Negative changes to the microbiome, called dysbiosis, are linked to disease states including allergies, autism, and obesity, among a rapidly growing list of other conditions. A consequence of using antibiotics is that, in addition to fighting the bacterial infection being treated, they also kill the gut microbiota. The space left in the gut by the dead bacteria allows other surviving bacteria, many times opportunistic pathogens or microbes that are resistant to multiple antibiotics, to overgrow and fill the open niches. Exposure to antibiotics, particularly broad-spectrum antimicrobials, such as penicillins and cephalosporins, is a major risk factor for acquiring a potentially deadly Clostridium difficile infection. 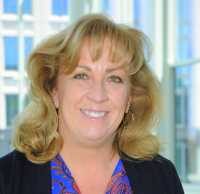 Ribaxamase was demonstrated to significantly reduce the occurrence of C. difficile disease in a recently completed Phase 2b clinical study. The study met its primary endpoint by demonstrating that ribaxamase, when delivered orally with IV ceftriaxone, significantly reduced C. difficile disease in patients treated for a respiratory tract infection. Ribaxamase also resulted in a significant reduction in new colonization by vancomycin-resistant enterococcus (VRE).

For the current study, pig models of antibiotic-mediated gut dysbiosis were established using three classes of beta-lactam antibiotics, a cephalosporin, ceftriaxone, a penicillin, amoxicillin, and a carbapenem, ertapenem. The ceftriaxone model was used to evaluate the protective effect of ribaxamase on the microbiome and the amoxicillin and ertapenem models are intended for evaluation of pipeline products.

Response: Normal pigs were treated with IV ceftriaxone, oral amoxicillin, or IV ertapenem for seven days. One group of pigs received both oral ribaxamase and ceftriaxone. Whole genome shotgun sequence analyses of fecal DNA were performed to assess the effects of antibiotics on the gut microbiota and to measure antibiotic resistance genes as a gauge for the presence of antibiotic-resistant bacteria.

We found that all three antibiotics caused significant changes to the gut microbiome, including loss of some bacterial species and overgrowth of others. In contrast, animals treated with ribaxamase had microbiomes that were not significantly different from pre-treatment. Within four days of antibiotic exposure, a broad spectrum of resistance genes, including those conferring resistance to beta-lactam and non-beta-lactam antibiotics, was detected in the microbiomes. However, in the presence of ribaxamase, the frequency of antibiotic resistance genes was reduced.

Ribaxamase protected the gut microbiome from ceftriaxone-mediated damage and attenuated the emergence and propagation of antibiotic-resistance genes.

Ribaxamase is a first in class agent representing a new treatment paradigm, namely, protection of the microbiome by antibiotic inactivation without interfering with infection control.

Response: The pig models will be used to test pipeline products prior to advancing them into human clinical trials. The pig appears to be a relevant model of gut microbiome dysbiosis as the data obtained to date are similar to those gained from human trials. Pipeline products are intended to expand the utility of the antibiotic inactivation microbiome preservation strategy to include protection from oral beta-lactams and carbapenem antibiotics. We identified a novel carbapenemase and are currently formulating it for oral delivery. Similar to ribaxamase use with penicillins and most cephalosporins, oral delivery of a carbapenemase is intended to inactivate carbapenems in the GI tract to protect the microbiome and reduce the emergence of carbapenem-resistant bacteria. Notably, carbapenems are considered a “last resort” therapy and carbapenem-resistant enterobacteriaceae (CRE) are designated an “urgent threat” by the CDC. Strategies to reduce the evolution and propagation of CRE are needed immediately.

Response: Ribaxamase is intended for use with IV penicillins and most cephalosporins, but does not degrade all antibiotics, including carbapenems. The antibiotics ribaxamase does inactivate, such as piperacillin and ceftriaxone, are the most commonly used broad spectrum IV antibiotics, cause dysbiosis, and are risk factors for C. difficile disease. Importantly, recent data suggest that total antibiotic exposure is a key factor in secondary infection risk and in emergence of antibiotic resistance. Ribaxamase has the potential to lessen microbiome disruption by reducing cumulative antibiotic exposure in patients receiving multiple antibiotics.

An intact gut microbiome is important for maintenance of physical and mental health. Our goal is to reduce the risks of beta-lactam antibiotics by preserving the gut microbiome to prevent secondary infections and to attenuate the evolution of antibiotic resistance.