05 Aug Preventing Bacteria From Sticking Would Eliminate Need For Antibiotics 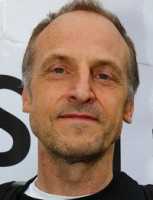 Response: The tetraspanin proteins are found on the surface of all mammalian cells. The cell surface is the place where cells ‘socialise’: they talk to each other to coordinate activities, stick to each other to form tissues and sometimes crawl across each other to get to where they need to go. Tetraspanins have an important job to do in the organisation of the cell surface, amongst other things enabling the formation of ‘sticky patches’ (tetraspanin-enriched microdomains or TEM) that cause cells to adhere together or provide traction to allow movement. Some bacteria have evolved ways of hijacking the TEM for their own ends, adhering to tightly to these structures so that the normal things that sweep bacteria away (such as blood, sweat and tears!) are no longer effective. At this point, infection begins.

We have found that the TEM can be partly disrupted, by adding small parts of tetraspanins (peptides) to cells. The peptides seem to work by weakening the tetraspanin glue that holds the TEM together and causing the other components that give the ‘stickiness’ to the TEM to become more spaced out. We use the analogy of Velcro(TM), where the fabric hooks and loops are held together in woven material; loosen the weave and the hooks and loops fall apart, no longer able to engage strongly with the loops in the opposing piece of fabric.

Using reconstructed human skin, we were able to show that the tetraspanin peptides were both safe and effective; they did not affect wound healing in burned skin, but they could lower the bacterial load in the wound by 50%. This would allow the immune system (including the fluid that ‘weeps’ from wounds) to deal with the remaining bacteria more easily. Unlike conventional antibiotics that tend to kill bacteria, our peptides simply cause them to get washed away, so not invoking the evolutionary selective mechanisms that lead to resistance.

Response: There are many ways to skin a cat, as it were. Bacteria do not have to be killed, they can be made less harmful by simply removing them from human tissues. In conjunction with conventional treatments (antiseptics and antibiotics), we would expect tetraspanin peptides to be part of a spectrum of treatments for chronic wounds in the elderly or diabetics.

Response: There are probably many ways of interfering with bacterial adhesion to skin and other bodily surfaces. Tetraspanins are actually a large family of proteins, and we would not be surprised if several different types of bacteria, in addition to MRSA, could also be treated with similar peptides. In a series of simple experiments, we have shown that Neisseria species (that cause meningitis and septicemia), E. coli (that cause intestinal and bladder infections) and Streptococci (lung and skin infections) can also be more easily washed away after treatment with different tetraspanin molecules. We do not yet know the full range of bacteria that may be sensitive to tetraspanin peptides, so further research in this area would be of great interest. Also, we would like to know if tetraspanin treatments can work cooperatively with antibiotics; even resistant bacteria are mildly weakened by antibiotics, so can we use multi-drug treatments to attack emerging resistant bacterial infections?