14 Mar Study Suggests Tamiflu Does Not Increase Risk of Suicide 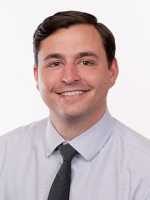 Response: Oseltamivir, commonly known as Tamiflu, is the only commercially available medication FDA approved to treat the flu.  Since the 2009 H1N1 flu epidemic pediatric prescriptions for Tamiflu have soared.  In the United States, about 40% of Tamiflu prescriptions are given to children less than 16 years of age.  Following reports of abnormal behavior, such as hallucinations, self-injury and suicide attempts in adolescents on Tamiflu, the FDA placed a new warning about these neuropsychiatric symptoms on the drug label.  Whenever the FDA puts out label warning about a drug, doctors and the public take notice. Whether Tamiflu truly causes these side effects is unclear.  For this study we chose to focus on the most consequential of those reports: suicide.

The potential link between a drug and suicide is a particularly difficult topic to study for a number of reasons. There are things that happen together or at the same time that can influence someone to attempt suicide and it is very difficult to know which thing is actually having an affect. In our study, other things that can influence suicide are socioeconomic status, mental health, trauma, abuse, among others.  Separating the effects of these confounders can be difficult. It is also possible that the disease itself, which in this case is the flu, causes the effect of suicide. Finally, and luckily, suicide is rare. Our database had 12 million children per year and over five year 21,000 attempted suicide. Of those, only 251 were taking Tamiflu.

To get past these issues, we took advantage of a growing drug safety research collaboration between the Departments of Pediatrics and Pharmacy at our institution.  Previous studies have compared those on Tamiflu to those not on Tamiflu to see if there are more side effects in the Tamiflu group.  Our team utilized a novel study method called a case-crossover design. What’s different about this study is that we used each patient as their own comparison.  In other words, we compared each patient to themselves rather than a different group of people.  We essentially studied how patients behaved when the Tamiflu was in their system compared to other l periods where they were not on Tamiflu.  This allowed use to account for the personal differences noted above like mental health and socioeconomic status.   We also compared those children with flu who got Tamiflu and those with flu who did not get Tamiflu to see if the infection itself could be associated with increased suicide.

After accounting for all these variables, we did not find any an association between Tamiflu exposure and suicide. Our findings suggest that Tamiflu does NOT increase the risk of suicide in children or teenagers.

Response: Our study suggests that Tamiflu does not increase the risk of suicide. Tamiflu does have other side effects and providers must always consider the risk and benefits for each patient and situation. Our findings provide some reassurance to physicians and families concerning reports of Tamiflu and suicide in children and adolescents.

Response: While this study addresses suicide, there are still lingering questions about the reported neuropsychiatric side effects of Tamiflu, including abnormal behavior, altered mental status, hallucinations and delirium.

The study was partially funded by an NCI training grant (5R25-CA057699) to author Rachel Harrington.