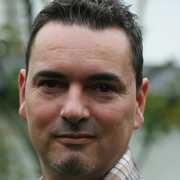 The prevalence of antimicrobial-resistant bacteria is generally higher in low and middle income countries as a result of inappropriate use of antimicrobial agents, overcrowding and lack of hygiene and infection control measures. The exponential increase of international travel to such endemic areas may substantially contribute to the emergence and spread of AMR as it allows resistant bacteria to be rapidly transported between regions.

Indeed several previous studies had already indicated that international travel is a major risk factor for colonisation with ESBL-producing Enterobacteriaceae. However, many questions remained unanswered, such as the travel destinations and potential risk-behaviour that provide the highest risk for colonisation, how long travellers remain colonised after they return and whether they can transmit these resistant bacteria to other people within their household once they returned from their travel.

That is why we initiated the largest prospective study on the acquisition and spread of multidrug resistant bacteria in returning travellers. This multicenter study, conducted by Maastricht University Medical Center, Erasmus University Medical Center, Academic Medical Center Amsterdam, Havenziekenhuis and Utrecht University, included 2,001 travellers and 215 household members. Fecal samples of these participants were collected before and immediately after travel as well as 1, 3, 6 and 12 months after travel return and screened for the prescence of multidrug resistant Enterobacteriaceae. Moreover, extensive information on demographics, travel details, illnesses and behaviour were collected at all follow-up moments by repeated questionnaires.

Response: We found that over 34% of all travellers who were negative for ESBL-producing Enterobacteriaceae (ESBL-E) before travel acquired ESBL-E during international travel. However, the acquisition rates varied widely according to travel destination, with ESBL-E acquisition in 75% of travellers to southern Asia and 40-50% of those to central and eastern Asia, western Asia and northern Africa.

Next to travel destination, important risk factors for ESBL-E acquisition were antibiotic use during travel, traveller’s diarrhoea and pre-existing chronic bowel disease. The median duration of colonisation after travel was 30 days, but 11% of the travllers remained colonised for at least 12 months after travel. Moreover, we found that the probability of transmitting ESBL-E to another household member was 12%.

Response: The high frequencies of ESBL-E acquisition during travel, the subsequent sustained carriage and the evidence of onward transmission within households show that travelers substantially contribute to the emergence and spread of ESBL-E on a global scale. Active screening for multidrug resistant Enterobacteriaceae and adjustment of emperical antimicrobial therapy should be considered for returning travellers at increased risk of ESBL-E carriage. However, it is important to note that the implications for infection prevention and antibiotic treatment policies will differ locally because the degree of consequence of acquisition and spread of ESBL-E by travelers is highly dependent on the local ESBL-E prevalence in the country of origin.

Response: Our study, as well as most of the previous studies, included participants at outpatient travel clinics that provide travel vaccinations and advice. Travelers to destinations within Europe, northern America and Oceania often do not visit these travel clinics and are consequently underrepresented in previous studies.

Studies focussing on travellers visiting these destinations are therefore also warranted. Moreover, we need studies that link the acquisition of antimicrobial resistance in travellers to antimicrobial resistance in the local community, animals and the environment at high-risk travel destinations. Such studies could provide us with further insight in transmission routes.