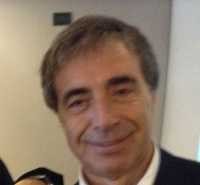 Prof. Massimo: In the spring 2011 civil war becoming in Syria providing condition for diseases outbreaks In the Syrian Arab Republic before the crisis, the access to health services increased since the 1980s, with better equity between the rural populations and the middle class. the capacity of the health system, so as the quality of care, were not sufficient to improve the decrease the inequity. As normally happens the onset of civil war can led to the complete deterioration of the health infrastructure through the destruction of facilities.

We describe a group of 48 Syrian migrants arrived in the second week of October 2015 in the asylum seekers centre (ASC) in Rome (Italy) where they receive social, legal and health assistance. An internal healthcare facility (IHF) is operative where specialized personnel (e.g. infectivologist, nurses and psychologist) was prompt to receive the Syrian people making them all the tests for microbial agents presence (bacterial and virus agents).

This group is of importance not only because refugee from the tremendous civil war but also because stopped in this Centre for only twenty days. Our aim was the knowledge of their health status, this is important for people that have to travel in north Europe facing many kilometers again.

Rectal, nasal and pharyngeal swabs were collected from all refugees, whereas serum samples were available from 30/48 subjects. Eighteen refugees refused phlebotomy for blood collection for religious reasons.

All refugees resulted negative for HBV, HBC and HIV infections. Bacterial microorganism and fungi isolated from surveillance swabs were found with Gram-negative bacteria representing by a larger number of species than Gram-positive and fungi microorganisms.

These reports enforce the hypothesis that circulation of new emerging pathogens found, can be source of infection in susceptible patients or nosocomial settings.

Interestingly, in some subjects, polymicrobial colonization was found and in some cases until to six different microorganisms, potentially pathogens, were isolated in the same individual. The microbiological surveillance performed in this group of Syrian migrants upon their arrival in Italy evidenced the carriage of unusual microorganism, potentially pathogens and carriers of antimicrobial resistance in some cases, that could be introduced in the country giving asylum. These migrants moving from a country to another could promote the diffusion of these microorganisms within different settings during their traveling around the world.

Prof. Massimo: The epidemiological surveillance in refugee can give a picture of the situation and take the appropriate sanitary measures

MedicalResearch.com:What recommendations do you have for future research as a result of this study?

Prof. Massimo: To improve the surveillance system in these centres to be prompt in face any sort of eventual outbreak

Prof. Massimo: The label of “refugee” requires difficult decisions like to leaving home going towards an uncertain future. Restricted and precarious living condition could worsen the heath leading in the easy way of infection but no choice is possible for most of them. The other side of the medal is their safety and live are at risk if they stay.

The microbiological surveillance performed in this study could aid to trace unusual microorganisms movement, but more essentially it represents a useful action to understand refugees health status and give them the opportunity of care before facing another travel towards another country.

Unusual microorganisms and antimicrobial resistances in a group of Syrian migrants: Sentinel surveillance data from an asylum seekers centre in Italy.