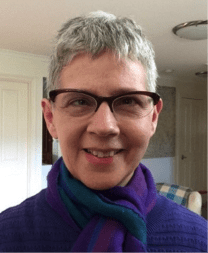 Response: Hysterectomy remains one of the most common gynecological procedures worldwide, with rates highest among women aged between 40 and 50. Between 30 and 40% of women aged in their 40s and 50s experience hot flushes and night sweats (vasomotor symptoms) that can greatly impact upon their overall quality of life. There is consistent evidence that women who have a hysterectomy and both ovaries removed are more likely to report more frequent or severe vasomotor symptoms, probably due to the abrupt decline in estrogen levels post-surgery.

For women who have a hysterectomy with ovaries retained, the evidence is less clear. We wanted to increase our understanding of the symptom experiences of these women. We examined 17 years of data from more than 6,000 women in the Australian Longitudinal Study on Women’s Health. Approximately one in five of the women had a hysterectomy with ovarian conservation before the age of 50.

We found that a third of these women experienced hot flushes that persisted in the long term, and around one in five were afflicted by constant night sweats. These rates were double those of women who did not have a hysterectomy over the 17-year study period, and could not be explained by differences in lifestyle or socio-economic factors.

Response: Women who have a hysterectomy before the age of 50 (with ovarian conservation) have twice the odds of experiencing hot flushes and night sweats that persist for well over a decade compared to women without a hysterectomy. Women and their medical practitioners need to be aware of the increased risk of persistent vasomotor symptoms when considering treatment options.

Response: Further research should investigate whether the different indications for hysterectomy (such as endometriosis, fibroids and dysfunctional uterine bleeding) may play a role in determining the symptom patterns. In addition, it would be useful to investigate possible links between the different symptom profiles experienced by the women with a hysterectomy and longer-term physical and mental health outcomes.