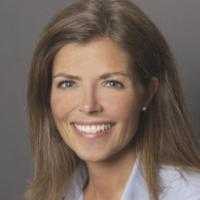 Response: Alzheimer’s disease and other forms of dementia are devastating, neurodegenerative disorders affecting more than 47 million people in 2015, a number projected to triple by 2050 (1,2). Available curative treatments are lacking, and no useful risk prediction tools exist. The potential for prevention is however substantial, emphasized by the recently observed incidence decline in Western societies, likely caused by improved treatment and prevention of vascular risk factors (1,3,4). Population growth and aging, will however triple dementia prevalence by 2050, if no action is taken. Acting now with ambitious preventive interventions, delaying onset of disease by five years, is estimated to halve the prevalence globally (1,5).

Despite important preventive efforts over the last decades – resulting in decreased smoking, lower blood pressure and lower cholesterol levels in the general population – physical inactivity, overweight, and diabetes remain threats for our health care system, and in particular for cardiovascular disease and dementia. Intensifying preventive efforts in general is thus of crucial importance, and especially for those patients at highest risk who most likely will benefit the most from early and targeted prevention. Risk stratification and specific treatment goals according to the estimated absolute 10-year risk, has been implemented in cardiovascular disease for years (6,7). There is an un-met need for similar strategies in dementia, underscored by the publication of several randomized multicomponent trials that seem to improve or maintain brain function in at-risk elderly people from the general population (8-10)

Response: By mapping a combination of factors – age, sex and common genetic variants – subgroups of the general population with highest risk can be identified. These results have the potential to implement a more targeted and effective future prevention.

Response: We still don’t know whether a targeted intervention would benefit high risk groups the most. While we wait for randomized clinical intervention trials to test this, there is sufficient evidence to say that “what is good for the heart is also good for the brain”.

Response: Randomized clinical intervention trials, like the FINGER trial (8) – could in the future be designed according to specific high risk groups, as the present example given in CMAJ (11).