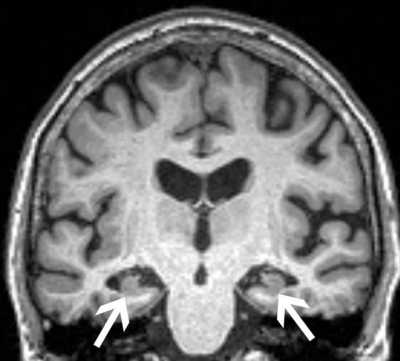 Response: Alzheimer’s disease (AD) represents a major public health crisis worldwide. More than 5 million people currently have AD in the United States. AD is a slowly progressing neurodegenerative brain disorder with a long preclinical phase. Many people with AD first suffer from mild cognitive impairment (MCI), a decline in cognitive abilities like memory and thinking skills that is greater than that associated with normal aging. A person with MCI is at an increased risk of developing AD or another dementia, although some individuals with MCI remain cognitively stable or improve.

Anxiety is frequently observed in individuals with MCI. The reported prevalence of anxiety in MCI patients varies between 10 and 50%.  In this study we evaluated a cohort of 339 individuals with MCI participating in the Alzheimer’s Disease Neuroimaging Initiative study (ADNI2). During the five years of study participation, 72 patients experienced cognitive decline and were diagnosed with AD. We did not find difference in age, gender and education among patients with and without AD conversion. Patients who progressed had greater atrophy of the hippocampi and entorhinal cortex on their MRI scan, as expected (hippocampal atrophy is often used as a marker of neurodegeneration in AD), as well as greater prevalence of APOE4 is the strongest known genetic risk factor for AD.   Patients who progressed to Alzheimer’s disease also had greater severity of anxiety during the study, as measured using the Neuropsychiatric Inventory-Questionnaire. Next we determined the effect of the MRI findings (hippocampal and entorhinal cortex atrophy), of the genetic risk factor (APOE4) and of the severity of anxiety on the time to progression to AD. We found that higher levels of anxiety were associated with faster progression from MCI to AD, independently of whether they had a genetic risk factor for Alzheimer’s disease or brain volume loss. We still need to understand better the association between anxiety disorders and cognitive decline. We do not know whether increased levels of anxiety are a consequence of cognitive decline or if anxiety exacerbates to cognitive decline. If we were able to find in the future that anxiety is actually contributing to cognitive decline, then we should more aggressively screen for anxiety disorders in the elderly population.

Response: The geriatric population is routinely screened for cognitive impairment and depression in many hospitals, but perhaps this vulnerable population should also be assessed for anxiety disorders. Elderly individuals with mild cognitive impairment and high level of anxiety may be at greater risk of developing dementia. Neuropsychological testing, neuroimaging, and CSF biomarkers will be helpful to better characterize preclinical AD, MCI, and dementia.

Response: I would like to thank all the participants of the Alzheimer’s Disease Neuroimaging Initiative who are helping us learn more about aging and dementia. I would also like to thank my coauthors Jenny Ulber, Habiba Fayyaz, and Dr. Heather Collins. Data used in preparation of this article were obtained from the Alzheimer’s Disease Neuroimaging Initiative database (adni.loni.usc.edu).