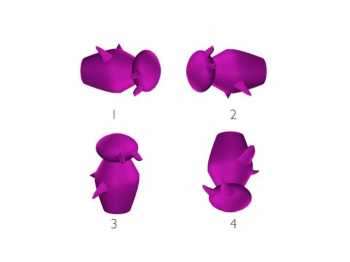 Response: Alzheimer’s disease is a devastating neurodegenerative disease that currently affects one in eight Americans over the age of 65. Unfortunately, there is still no treatment that will halt or reverse the pathology associated with Alzheimer’s disease. One of the reasons for this may be that we still don’t fully understand what is happening in the very earliest stages of the disease. Previous studies have shown that one of the pathological hallmarks of the disease, called “tau tangles,” begins to accumulate in a specific area of the brain called the medial temporal lobe decades before people are typically diagnosed with Alzheimer’s disease. We wondered if we could use cognitive tests targeted to structures in the medial temporal lobe to pick up very subtle behavioral changes in people who were at increased risk for Alzheimer’s disease. We examined people who were in their 40s and 50s, which is a time when if any differences could be detected, it’s possible that pathology may be reversible.

Using a cognitive task called “odd man out” that can be easily implemented using a computer, we found that subjects at risk for Alzheimer’s disease tended to do worse in identifying differences between objects called Greebles. These objects are highly visually similar, and most people have never seen them before. Those two things make this task very difficult. We believe that this study lays some of the groundwork in developing cognitive tests targeted at relatively young subjects who may be in the very earliest stages of the disease.

Response: Using cognitive testing in combination with other biomarkers (genetic tests, blood tests, lumbar punctures, neuroimaging, etc.) may help identify patients in the very earliest stages of Alzheimer’s disease at a time when the disease may still be reversible.

Response: The best future research would be to test subjects in their 40s and 50s and then follow them for the next 10 to 20 years to determine who eventually is diagnosed with Alzheimer’s disease. Right now we have shown that subjects at risk for Alzheimer’s disease perform differently, but we don’t know if the subjects who performed particularly poorly may be more at risk than subjects who performed relatively well. This study could also be made more powerful by investigating biomarkers of Alzheimer’s disease. We didn’t see any differences between groups in brain volume or cortical thickness, but it would be interesting to add tests of the cerebral spinal fluid or PET scanning for tau markers.

There are also several ways that the cognitive test could be refined to make it even more powerful. For example, we don’t know if subjects scored differently with the Greebles because the images had the most visual similarity or because they were a new type of image that subjects had likely never seen before.