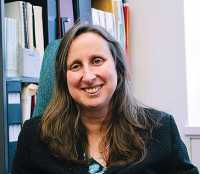 20 Dec Could Decreasing Dementia Rates Be Due To Lower Lead Levels in Today’s Adults?

Response: Several studies from the US, Canada, and Europe suggest a promising downward trend in the incidence and prevalence of dementia. Important risk factors for dementia, such as mid-life obesity and mid-life diabetes, have been increasing rapidly, so the decline in dementia incidence is particularly perplexing.

Response: We hypothesize that the declining dementia rates may be a result of generational differences in lifetime exposure to lead. While the negative impact of lead exposure on the IQ of children is well-known, less attention has been paid to the cumulative effects of a lifetime of exposure on older adults’ cognition and dementia.

Leaded gasoline was a ubiquitous source of air pollution between the 1920s and 1970s. As it was phased out, beginning in 1973, levels of lead in citizens’ blood plummeted. Research from the 1990s indicates that Americans born before 1925 had approximately twice the lifetime lead exposure as those born between 1936 and 1945.

Lead is a known neurotoxin that crosses the blood-brain barrier. Animal studies and research on individuals occupationally exposed to lead suggest a link between lead exposure and dementia. Other studies have shown a higher incidence of dementia among older adults living closer to major roads and among those with a greater exposure to traffic related pollution.

Response: Next steps to assess the validity of this hypothesis could include: comparing 1990s assessment of blood lead levels to current Medicare records, assessing lead levels in teeth and tibia bones (which serve as proxies for life-time exposure) when conducting post-mortems of brains for dementia, and examining the association between particular gene variants associated with higher lead uptake and dementia incidence. If lifetime lead exposure is found to be a major contributor to dementia, we can expect continued improvements in the incidence of dementia for many more decades as each succeeding generation had fewer years of exposure to the neurotoxin.

Response: Given previous levels of lead exposure, we believe further exploration of this hypothesis is warranted.

Any disclosures? No disclosure or conflicts of interest for either author.