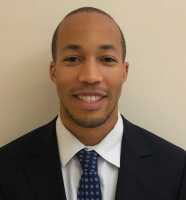 Response: This study was conducted in response to anecdotal accounts and scientific evidence which suggests that major medical conditions, such as critical illness and severe infections, can have a long-term neurological effect on some individuals.

There are quite a few studies to date which have found that critical illnesses, such as severe sepsis, are associated with long-term cognitive impairment. Based on this evidence, we wanted to figure out to what degree critical illness and major infection may affect later brain structure and to determine whether the structural changes associated with these events were similar to those observed in Alzheimer’s disease.

Our main finding was that individuals who had one or more critical illness or major infection major infection during the decades leading up to older adulthood were more likely to have smaller brain volumes in brain regions most vulnerable to Alzheimer’s disease.

Response: These findings help to provide an understanding of how critical illness and major infection may influence brain functioning in older adults. By demonstrating an association between these hospitalized events and abnormalities in brain structure, our results highlight how critical illness and infection may promote the physical brain changes that underlie the cognitive decline and dementia that has been reported on previously. These findings validate many anecdotal accounts of people experiencing cognitive deficits following acute medical conditions and critical illness. These findings provide support for the notion that non-neurological acute medical conditions can actually have a sizable impact on the brain.

Response: There is still much work to be done before we can fully understand the biological pathways that may be activated by acute or critical illness to influence brain structure and function. I suspect that inflammation may be at the center of some of these critical illness associated brain changes, but there are likely other culprits as well. These potential causes of brain changes and cognitive decline need to be understood further so that appropriate interventions can be developed.

Response: To my knowledge, this is the first large-scale study to demonstrate an association between critical illness and Alzheimer’s-related brain abnormalities among older adults. Therefore, these findings will need to be replicated by groups.

Association of Hospitalization, Critical Illness, and Infection with Brain Structure in Older Adults