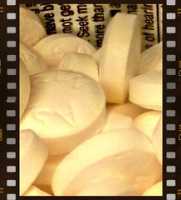 28 Mar Does Aspirin Reduce the Risk of Alzheimer’s Disease? 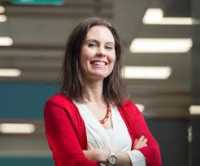 Response: Aspirin is a commonly used drug known to reduce inflammation, and prevent blood clotting (antiplatelet) – which is why it is commonly used in secondary prevention in individuals with established cardiovascular disease.

Inflammation is thought to be a central mechanism in Alzheimer’s disease, implicated in the neuropathological cascade leading to the development of dementia and other forms of dementia.

Cardiovascular risk factors and stroke are both associated with cognitive decline and an increased risk of dementia.

This formed the basis of the hypothesis that aspirin could be beneficial in helping to reduce cognitive decline and the occurrence of Alzheimer’s Disease.

Response: Unfortunately, the main findings of our study do not support this hypothesis.

Instead the results showed that among 19,114 older individuals over 5 years, those randomised to aspirin compared to placebo, did not have a reduced risk of developing Alzehimer’s disease.

Furthermore, aspirin and placebo groups did not show any differences in terms of milder losses of memory or thinking ability.

Response: This paper indicates that aspirin should not be prescribed solely on the basis of potential cognitive benefits as there is no evidence to suggest this, nor that low-dose aspirin could reduce the risk of Alzheimer’s disease.

Response: The cognitive health of ASPREE participants is being tracked in the follow-up ASPREE-XT study to determine whether the benefits of aspirin may become apparent later on. Because dementia can take years to develop, it is possible that ASPREE was not a long enough trial to show possible benefits from aspirin, so we will continue to examine for long-lasting effects of aspirin in study participants in the coming years. The ASPREE participants were aged 65 years and older at the start of the trial. The findings therefore do not address the question of whether low-dose aspirin initiated at a younger age could be beneficial.

I have nothing to disclose.