06 May Even on Anticoagulation Atrial Fibrillation Contributes to Dementia Risk 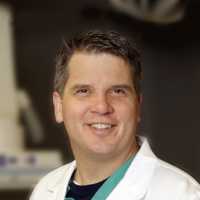 Dr. Bunch: Approximately 6 years ago we found that patients with atrial fibrillation experienced higher rates of all forms of dementia, including Alzheimers disease. At the time we started to ask the questions of why this association existed. We know that atrial fibrillation patients experience higher rates of stroke. These patients are placed on blood thinners, most commonly warfarin, to lower risk of stroke which at the same time expose that patient to a higher risk of intracranial bleeding. One possibility to explain the association was that perhaps dementia in the manifestation of many small clots or bleeds in the brain that in total lead to cognitive decline. If this is the case, then the efficacy and use of anticoagulation is very important in atrial fibrillation patients.

We conducted additional studies that showed this to be the case. In patients with no history of dementia, managed long-term with warfarin anticoagulation, those that had levels that were frequently too higher or too low that resulted in poor times in therapeutic range, experienced significantly higher rates of dementia. The risk was highest in younger atrial fibrillation patients that were less than 80 years of age. We then found that in atrial fibrillation patients that were frequently over anticoagulated and also use an antiplatelet agent, aspirin or plavix, the dementia rates nearly doubled. At this point we raised the question if atrial fibrillation increased the risk beyond anticoagulation, or does anticoagulation efficacy drive most of the risk. This question formed the background of the current study.

This provides us a unique opportunity to look at ways in which we manage atrial fibrillation to determine if those will lower dementia risk.

Dr. Bunch: A common question we receive is if the newer anticoagulants that are more predictable and have less drug-drug, drug-food, and drug-supplement interactions will lower dementia risk. We are in the process of starting a new prospective trial to look specifically at the use of dabigatran versus warfarin to see if the drug will preserve brain volume and function and lower dementia risk.

We also looking at atrial fibrillation management strategies such as those in which we lower the heart rate and those in which we use medications to force a normal rhythm to determine at what point there may be a benefit as far as brain blood flow and function and at what point in which the therapies may had a detrimental impact by lowering heart rate or blood pressure too much.