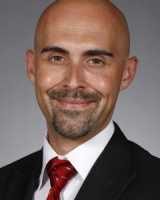 Response: Translocase of Outer Mitochondrial Membrane 40 (TOMM40) is a gene that regulates the width of the outer mitochondrial pore, facilitating the transport of ribosomal pre-proteins into the inner mitochondrial matrix for translational modification into functional proteins. In 2010, Dr. Allen Roses, who discovered the Apolipoprotein E (APOE) gene, Dr. Michael Lutz, and other colleagues found that a variation in poly-T length at locus rs10524523 (‘523) within intron 6 predicted Alzheimer’s disease onset. Specifically, a “long” versus “short” poly-T length was related to earlier age of onset by 8 years.

However, several multi-cohort studies either failed to replicate the findings or found the opposite relationship, where a “long” or “very long” poly-T length was related to later age of onset. The literature has remained mixed to this day.

We were interested in testing factors that might change the relationship between TOMM40 and both cognitive decline and risk for having Alzheimer’s disease. It is known that a family history (FH) of Alzheimer’s disease has been associated with mitochondrial dysfunction. We reasoned, then, that FH may interact with TOMM40 to modulate how it was related to our outcomes of interest. We investigated this hypothesis in two separate cohorts: the Wisconsin Registry for Alzheimer’s Prevention (WRAP), a late middle-aged cohort, and the Alzheimer’s Disease Neuroimaging Initiative (ADNI), a well-characterized sample of aged participants from across the Alzheimer’s spectrum.

Response: In essence, we found that a “very long” TOMM40 ‘523 poly-T length was “good” if one had a negative FH by late middle-age or in old age, but “bad” if one had a positive family history. For example, positive FH and “very long” poly-T length predicted memory decline in cognitively normal middle-aged people over 7-10 years, as well as aged people over 3 years. It was also related to a five times greater likelihood of a given ADNI participant having Alzheimer’s disease or its prodrome state versus being cognitively normal.

We therefore suggest that conflicts in the literature might be resolved by taking into account family history of Alzheimer’s disease.

Response: That gene associations may not only be affected by other genes, but perhaps environmental considerations as well. In other words, if there are mixed findings in the literature for a given gene, it is worthwhile to see if other genetic or environmental factors strongly modulate how genotypic variation in that gene is related to disease outcomes of interest.

Response: Foremost, we hope that other groups will replicate this finding, as TOMM40 could be a powerful tool for helping to diagnose patients beyond APOE genotyping.

We have finalized neuroimaging and physiological results that we will present at the Alzheimer’s Association International Conference in London. We are seeking collaborations beyond WRAP and ADNI to further expand this work, where I encourage interested researchers to contact me directly. We are also preparing a manuscript focusing on subjects from the same cohorts who have the epsilon 4 variant of APOE, as TOMM40 ‘523 poly-T length differs for those subjects versus non-epsilon 4 carriers. Very briefly, we find the same sort of TOMM40 and FH interaction for several cognitive, neural, and physiological outcomes.

Citation: All relevant disclosures are mentioned in the article now in press. Dr. Willette, the first-author and corresponding author, has no conflicts of interest to report.