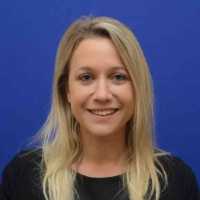 Response: Although in the past believed to be sporadic, there is much emerging evidence for a significant genetic contribution to Dementia with Lewy bodies (DLB). Hetrozygosity for common mutations in the GBA gene have been shown to be more frequent among DLB patients and Parkinson’s disease patients than in the general population.

We found that GBA mutations are in fact exceptionally frequent among Ashkenazi Jewish (AJ) patients with Dementia with Lewy bodies. Our results indicate that one in three of all Ashkenazi DLB patients carry mutations in this specific gene (compared to approximately 6% in the general Ashkenazi Jewish population). We also found that those who carry these mutations have a more severe disease phenotype.

Response: That Dementia with Lewy bodies is associated with mutations in the GBA gene. Due to a more severe phenotype among mutations carriers we might expect a more severe disease course in those who have a family history.

Response: Research exploring the mechanisms by which GBA mutations contribute to accumulation of α-synuclein and the subsequent development of parkinsonism and cognitive decline is key.

Response: Although it is clear that several factors play a part in development of Dementia with Lewy bodies, the presence of such a high carrier rate of mutations in the GBA gene implies that these mutations may have a pivotal role in the pathological process of this disease. Understanding the mechanisms by which these mutations are associated with DLB will be instrumental in paving the way to the development of personalized treatments in the future.