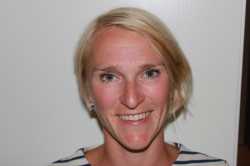 Dr. Ekblad: The background for our study is that the metabolic syndrome and diabetes have been shown to increase the risk for cognitive decline and dementia. Also, insulin resistance is thought to play a pivotal role in the pathophysiology of Alzheimer´s disease. In addition, intranasal insulin administration is being studied as a promising treatment for Alzheimer´s disease. Previous studies indicate that both gender and APOE epsilon 4 genotype modulate the effects of insulin on cognition.

Dr. Ekblad: Based on our results and on previous studies on the subject, attention should be drawn to individuals at risk for insulin resistance already in early adulthood. It is likely that simple lifestyle interventions such as physical exercise and a healthier diet would have a positive effect also on cognitive skills. Lifestyle interventions could possibly be better achieved if also the risk of cognitive decline would be brought up with the patient.

Dr. Ekblad: More longitudinal studies should be conducted where especially the effects of insulin resistance on cognition would be studied, and where both gender and APOE epsilon 4 genotype differences would be addressed.