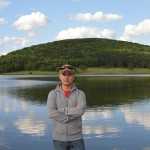 Response: Over the past several decades, there is unequivocal evidence that living close to major roadways may lead to various adverse health outcomes, such as cardio-respiratory related mortality and mortality. In the past decade, concern is growing that exposures associated with traffic such as air pollution and noise may also have an adverse impact on brain health. Several experimental studies show that air pollutants and diesel exhaust induce oxidative stress and neuroinflammation, activate microglia (which act as the first and main form of immune defense in the central nervous system), and stimulate neural antibodies. There are also a small number of epidemiological studies linking traffic-related noise and air pollution to cognitive decline and increased incidence of Parkinson’s disease and Alzheimer’s disease.

Studies also showed that living near roads was associated with reduced white matter hyperintensity volume and cognition, but its effect on the incidence of dementia, Parkinson’s disease, and multiple sclerosis is unknown. Given hundreds of millions of people worldwide live close to major roads, we conducted this population-based cohort study to investigate the association between residential proximity to major roadways and the incidence of these three neurological diseases in Ontario, Canada.

Response: We found that living near major roadways was significantly associated with increased dementia incidence. This was further supported by our additional finding showing that exposure to two selected air pollutants (nitrogen dioxide and fine particulate matter) was also linked to higher dementia incidence. It has been recognized that living near traffic can result in increased exposure to various air pollutants including nitrogen oxides and particulate matter.

Response: First, increasing population growth and continuing urbanisation globally has placed many people close to heavy traffic. With the widespread exposure to traffic and growing population with dementia, even a modest effect from near-road exposure can pose an enormous public health burden. Quantitatively speaking, our study estimated that 7–11% of dementia cases in patients who live near major roads may be attributable to traffic exposure alone. Second, realistically, we cannot relocate people who live close to busy traffic to areas farther away from heavy traffic, as this is not economically feasible for most (if not all) people. However, for future urban planning, it is important to consider including buffer zones between major traffic arteries and homes, daycares, and schools when planning land use. Our study suggests that land use planning and policies that are effective in reducing exposure to traffic-related pollution can have considerable potential for prevention of dementia.

Response: This study adds weight to previous observations suggesting that road traffic is an important source of environmental stressors (e.g., air pollution and noise) that could give rise to neurological conditions. Thus, future research to better understand what specific components of traffic air pollution are most responsible for the observed association between traffic exposure and dementia, and to what extend noise exposure may contribute to this association is merited. This will help to identify potential ways to mitigate traffic exposure and the associated health impact. As well, future research to develop (and improve) interventions that are effective in reducing exposure to traffic-related pollution is important.

Response: This study also adds to the existing literature of air health research about the potentially important role that air pollution may have played in the development of major chronic diseases, such as respiratory diseases, heart disease, and neurological conditions such as dementia. We have no competing interests to declare.