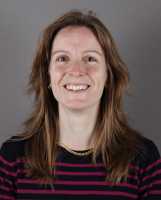 Response: Our results, based on aggregated genetic data from 17 000 Alzheimer’s disease patients and 37 000 healthy controls, revealed that genetic variants that predict higher education were clearly associated with a reduced risk of Alzheimer’s disease. A possible explanation for this link is ‘cognitive reserve’, which refers to the ability to recruit and use alternative brain networks or structures not normally used to compensate for brain ageing. Previous research has shown that high education increases this reserve.

We found suggestive evidence for possible associations of intelligence, circulating vitamin D, coffee consumption, and smoking with risk of Alzheimer’s disease. There was no evidence for a causal link with other modifiable factors, such as vascular risk factors.

Response: Our study provides further evidence that higher education may lower the risk of Alzheimer’s disease.

Response: Research is needed to elucidate whether cognitive reserve can be increased by cognitive and social activities in later life and whether such activities reduce the risk of Alzheimer’s disease.