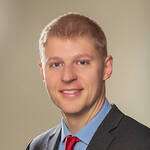 MedicalResearch.com:  What is the background for this study? Would you explain what is meant by somatic genetic changes and how they might occur?

Response: We used a method called single-cell whole-genome sequencing, which determines the sequence of the DNA inside individual cells, and studied neurons from Alzheimer’s disease (AD) and from people of similar ages who did not have Alzheimer’s disease. We found that neurons in AD have more somatic mutations, specifically a type called somatic single-nucleotide variants (sSNV), than the neurons of people without AD. We found that the “extra” mutations in AD are different than the mutations that happen during normal aging — the specific changes in the DNA base letter are different, including many C-to-A changes in Alzheimer’s disease. We also found that AD neurons have more oxidative damage, which we think is responsible for some of the C-to-A changes.

Response: The genome of brain cells in Alzheimer’s disease seems to be fundamentally different than the genome of normal cells. These genomic differences may impact why brain cells are more likely to die in Alzheimer’s disease. Also, the presence of these somatic mutation genomic changes in brain cells gives us an opportunity to better understand what happens in those cells during disease, which we may be able to use to identify new ways to diagnose and treat disease.

Response: Finding these differences in a cell’s genome in Alzheimer’s disease has opened our eyes to the genomic changes in neurodegeneration. This provides an opportunity to examine the causes of these changes to better understand the factors that actually cause Alzheimer’s disease. We are also interested to test if similar genomic damage occurs in other neurodegenerative diseases.

Response: While I had the opportunity to lead this study with my collaborator August Huang, under the mentorship of Christopher Walsh, Alice Lee, and Michael Lodato, this research was the result of a broad collaboration of researchers at Brigham and Women’s Hospital, Boston Children’s Hospital, Massachusetts General Hospital, and many others.

Disclosures and funding are included in the Brigham press release.