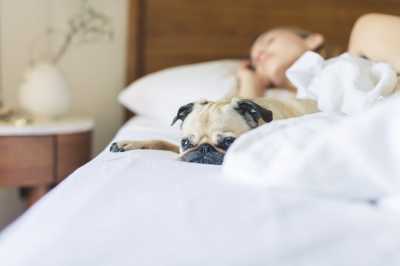 Sleep patterns can predict the increase of Alzheimer’s pathology proteins tau and β-amyloid later in life, according to a June 2019 study published in the Journal of Neuroscience. The findings shed hope on earlier diagnosis of Alzheimer’s and the adoption of preventive measures earlier in life. Researchers found a decrease in sleep spindle synchronization, which is linked to higher tau levels. Reduced amplitude of slow wave activity, meanwhile, is closely related to higher β-amyloid levels. In younger people, both slow oscillations and sleep spindles are synchronized. This changes as people grow older, with less coordination between the two being visible. The researchers also noted that subjects who slept less had a higher chance of having Alzheimer’s proteins when they were older. The findings show that both reduced sleep quantity and quality can serve as important warnings of the onset of Alzheimer’s.

A 2019 article published by the American Physiological Society (Marn, 2019) notes that although there is a strong link between sleep and Alzheimer’s, research thus far has failed to establish whether sleep deprivation brings about or simply aggravates the condition. Studies have established that just one night of sleep deprivation results in higher levels of β-amyloid the next day. The findings are consistent with research indicating that sleep is necessary for the elimination of these harmful proteins. Additional research has shown that disrupting the deep sleep phase causes levels of β-amyloid to rise by 30%. One night of missed sleep, meanwhile, can raise tau levels by 50%, as measured in cerebrospinal fluid. In the report, researchers noted that whether or not sleep deprivation could actually initiate the processes that lead to Alzheimer’s is yet to be discovered.

When People Are Unaware That They Lack Sleep Quality

One in three American adults don’t get enough sleep, according to the Centers for Disease Control and Prevention. Although those who sleep less than the recommended seven to nine hours are aware of problems with sleep quantity, the same isn’t necessarily true if they are getting enough hours but lack in sleep quality. As noted above, a lack of deep sleep (‘slow wave sleep’) is strongly linked to high tau protein levels. A usual sign individuals should watch out for is tiredness/sleepiness during the day, irritability, and having difficulty with recall and concentration. People with these symptoms can make attempts to improve sleep quality by following a strict routine, avoiding gadget and television use in the evening, and ensuring their bedroom is optimally designed for sleep. As noted by BedTester.com, sleeping on an uncomfortable bed or one that is the wrong firmness for your sleeping position can result in frequent waking – enough to prevent you from entering the restorative deep sleep phase.

When Is Sleep Monitoring Indicated?

Sleep monitoring is not meant to replace brain scans or cerebrospinal fluid analysis for identifying early stage Alzheimer’s disease. However, it can be an affordable and easy way to screen for the disease. Currently, researchers know that daytime napping is linked to high tau levels. Therefore, individuals who feel sleepy during the day, wake up more than once at night, or have difficulty falling asleep once they get into bed can benefit from visiting a sleep clinic.

People who have poor sleep quality or quantity should initially make an effort to improve both aspects of sleep. If, despite making efforts to sleep longer, reduce stress, and embark upon a comfortable routine, no changes are noticed, seeing a doctor about the possibility of sleep monitoring can be helpful. Even if no signs of early Alzheimer’s are found, other possible issues – including sleep apnea – can be spotted and treated to enhance overall health and wellness.