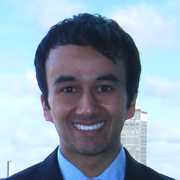 Dr. Patel: Our findings highlight the importance of considering the possibility of bipolar disorder in people who receive treatment for depression. When prescribing antidepressants, it is important to consider whether someone could be at risk of developing bipolar disorder and to look out for symptoms such as elevated mood or mood instability which could be associated with an emerging episode of hypomania or mania. If this occurs then the patient should be promptly assessed by a psychiatrist to evaluate whether they have a diagnosis of bipolar disorder and, if so, consider offering treatment with a mood stabiliser. If you are taking antidepressants and are concerned that you might be experiencing adverse effects, it is important to seek medical advice to review your medication and not stop your treatment suddenly as this may result in withdrawal symptoms.

Do antidepressants increase the risk of mania and bipolar disorder in people with depression? A retrospective electronic case register cohort study