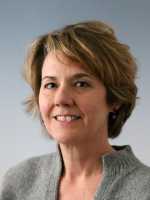 Dr. Schende: Elevated mortality has been reported in persons with autism spectrum disorder (ASD), especially with comorbid epilepsy and intellectual disability. The effect of comorbidity on the risk for mortality in ASD, however, has not been rigorously examined in large, population-based studies. Our study aim was to investigate ASD mortality patterns overall and to assess the specific effects of comorbid mental, behavioral, and neurologic disorders on ASD mortality into young adulthood. Our study comprised a nation-wide Danish cohort of 1.9 million children of whom 20,492 were diagnosed with ASD. We observed 68 deaths in persons with ASD; 83% of the persons with ASD who died had comorbid mental/behavioral or neurologic disorders. The risk for mortality was two-fold higher in persons with autism spectrum disorder overall. An elevated risk for mortality was also seen in persons who had ASD only, or had both ASD and other neurologic or mental/behavioral disorders, compared to persons without these other morbidities and no ASD. However, the co-occurrence of ASD in persons with neurologic, or with mental/behavioral disorders, added no additional mortality risk compared to persons with these disorders and no autism spectrum disorder. These results suggest that the mechanisms underlying mortality risk in ASD in part may be shared with these other disorders, although what might be the specific shared mechanisms cannot be determined with these data.

Dr. Schende: Although the risk of premature death in ASD is two-fold higher than in persons without ASD, mortality is fortunately quite rare in youth and young adults, affecting only 0.3% of diagnosed persons with ASD in our cohort. Most deaths in ASD were among males, but females with ASD had a higher relative risk of death. Fully 23% of ASD deaths with cause of death data were due to suicide, corresponding to a 4.6-fold increased risk for mortality from suicide in persons with ASD. 26% of ASD deaths were due to accidents, but the risk of death in ASD due to accidents was not significantly elevated compared to persons without autism spectrum disorder. The relatively young age of the study cohort may be the reason for the relatively high numbers of both accidents and suicide as causes of death; as persons in the cohort grow older the contribution to mortality from chronic, adult-onset medical conditions may rise. It is important for care providers, persons with ASD and their families to recognize the importance of neurologic, mental and behavioral comorbidity in the risk of mortality and consider preventive measures, including the risk for suicide.

Dr. Schende: Longer follow-up into later adulthood of the cohort is needed and also use of larger data sets to confirm the mortality patterns we observed in our study. Further study with larger data sets is also necessary in order to tease out the underlying reasons for elevated mortality in ASD and the apparent shared risks for mortality between ASD and other neurologic, mental and behavioral disorders. Elucidating the effects of specific comorbid conditions on autism spectrum disorder mortality risk is crucial for gaining insights into the underlying pathogenesis that may lead to premature mortality and opportunities for prevention.