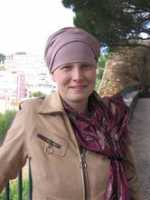 Response: People with autism and with schizophrenia both have problems interacting and communicating with other people, because they cannot easily initiate social interactions or give appropriate responses in return. On the other hand, the disorders of autism and schizophrenia develop in very different ways. The first signs of Autism Spectrum Disorder (ASD) typically occur during infancy or early childhood, whereas the symptoms of schizophrenia usually do not appear until early adulthood. The researchers asked whether it is possible to disentangle the apparent symptom overlap in ASD and schizophrenia through genetic analyses.

As clinical diagnoses relate to the age of onset of a disorder and do not capture multiple developmental stages, the researchers used a trick. They assumed that there is a continuum between normal and abnormal behaviour and captured social communicative competence – the ability to socially engage with other people successfully – in participants of a population-based birth cohort during development.

Specifically, the researchers studied the genetic overlap between the risk of having these psychiatric disorders and these measures of social communicative competence. Investigating thousands of genetic variants with small effects across the genome, they showed that genes influencing social communication problems during childhood overlap with genes conferring risk for autism, but that this relationship wanes during adolescence. In contrast, genes influencing risk for schizophrenia were most strongly interrelated with genes affecting social competence during later adolescence, in line with the natural history of the disorder.

“The findings suggest that the risk of developing these contrasting psychiatric conditions is strongly related to distinct sets of genes, both of which influence social communication skills, but exert their maximum influence during different periods of development”, explained Beate St Pourcain, senior investigator at the Max Planck Institute and lead author of the study. This is consistent with studies showing that genetic factors underlying social communication behaviour also change to some degree during childhood and adolescence.

Response: Our study shows that using a developmentally sensitive design, genetic analyses may help to disentangle apparent symptom overlap between ASD and schizophrenia. In particular, these analyses may identify a developmental window into the specific causes of these illnesses.

Response: Our study has shown that the measurement of social communicative competence in childhood and adolescence is a sensitive indicator of genetic risk for disorder. Our greatest challenge now is to identify how genetic variation influences the development of the social brain.