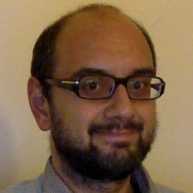 Dr. Passamonti: We wanted to study if the brain of young people with two different forms of conduct disorder (CD) (https://en.wikipedia.org/wiki/Conduct_disorder), a neuropsychiatric disease associated with severe and persistent antisocial behaviors (weapon use, aggression, fire-setting, stealing, fraudulent behavior), was different from that of young peers with no such abnormal behaviors.

There is already evidence that conduct disorder may have a biological basis (i.e., reduced levels of cortisol under stress) and brain alterations but a whole “map” of the brain in conduct disorder studying cortical thickness was never been done before.

Another important issue to mention regards the causes of the developmental effects we’re seeing here.

Well, neuroimaging can’t do causality at all, it’s just a “snapshot” of what’s going on (in this case wrongly) in the brain at a specific time point. But we believe that a combination of “bad genes” (unknown at the moment) plus very bad environment (child abuse, neglect, etc, maternal drinking & smoking, etc.) can lead to the sort of neurodevelopmental problems that we’re seeing in our participants.

Dr. Passamonti:: Conduct Disordered young people may have a rather serious brain developmental problem. We don’t know the cause of it but it is likely that a combination of “bad” genes and “bad” environment leads to the brain abnormalities that we do see. Also the developmental “window” in which these abnormalities take place can lead to different forms of CD depending on when the problem arise. In other words, CD developed during childhood is very different than conduct disorders developed during adolescence in terms of brain abnormalities.

Dr. Passamonti:  We need to run “longitudinal” studies which means that we need to follow-up our participants and repeat brain scans every year (for example) to see how the brain abnormalities that we’ve detected change in relation to the change in antisocial behaviors. Antisocial behaviors are not fixed or necessarily permanent problems so given the presence of brain plasticity it is possibile that they depend on how much the brain problems evolve and how long the last or resolve. For example, some youths go on and develop very severe antisocial personality disorders in adulthood, while others become less antisocial, aggressive, and somehow “normalize”. So the question is how this behavioral variability relate to variability in the brain? Another very interesting scientific question to answer in the future would be whether people at very high risk of developing antisocial behavior (but who have not developed it yet) already show the brain “signatures” that we have identified in this study. This will tell us how early these brain problems appear.