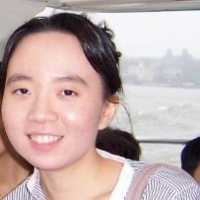 Response: Men and women appear to suffer from depression differently, and this is particularly striking in adolescents. By 15 years of age, girls are twice as likely to suffer from depression as boys. There are various possible reasons for this, including body image issues, hormonal fluctuations and genetic factors, where girls are more at risk of inheriting depression. However, differences between the sexes don’t just involve the risk of experiencing depression. Men are more liable to suffer from persistent depression, whereas in women depression tends to be more episodic. Compared with women, depressed men are also more likely to suffer serious consequences from their depression, such as substance abuse and suicide. Despite this, so far, most researchers have focused on depression in women, likely because it is more common. As a result, we’d like to make people more aware of the sex difference issue in depression.

Response: Depression affects brain activity differently between boys and girls in brain regions such as the supramarginal gyrus and posterior cingulate.

Our finding suggests that early in adolescence, depression might affect the brain differently between boys and girls.

Response: Perhaps, sex-specific treatment and prevention strategies for depression should be considered early in adolescence.

I also think it would be great to conduct a large longitudinal study addressing sex differences in depression from adolescence to adulthood.

Response: Hopefully, this study will be a pioneer in the field of sex difference in adolescent depression.