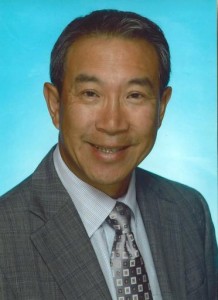 Clinical depression, known formally as Major Depressive Disorder (MDD) is the most common psychiatric disorder and one of the most common medical conditions worldwide. At any given time, at least 1 person in 20 (5% of the general population) is experiencing MDD, which will become the second-leading cause of disability worldwide by 2020, according to the World Health Organization.

Dr. Lam: ​​ Our main findings are that:
1) Light therapy is efficacious for treating symptoms of nonseasonal Major Depressive Disorder, relative to placebo; and that
2) The combination of both light therapy and antidepressant medication is more efficacious than either treatment by itself.

Our study was a randomized, placebo-controlled, 8-week clinical treatment trial where participants with at least moderate symptoms of Major Depressive Disorder were randomly assigned to daily use of a fluorescent light box (10, 000 lux white light) or a placebo device, used with or without an antidepressant medication (fluoxetine 20 mg) taken daily. Results showed that light therapy produced significant improvements in depressive symptoms, but the combination treatment had the most consistent effects on all outcomes.

Dr. Lam: ​Light therapy can be considered as a treatment option for people with nonseasonal depression.

As a non-pharmacological treatment with few or mild side effects, light therapy can be easily used by people with nonseasonal Major Depressive Disorder, as a number of light boxes are commercially available in popular retail settings. Relative to antidepressant medications, light boxes are less expensive over the long term, which could make them a more appealing treatment option for patients, health care professionals and organizations, and health insurance providers. Also, light therapy might be preferred by patients and viewed as less stigmatizing than taking antidepressant drugs.

Dr. Lam: For future research, our recommendations include looking at different types and intensities of light therapy using an adequate duration of treatment and with adequate sham/placebo controls. Augmenting light therapy with different categories and doses of antidepressant medications could lead to better clinical response. Geographical latitude and naturalistic light exposure are other factors that could influence the effects of light therapy for nonseasonal lMajor Depressive Disorder.