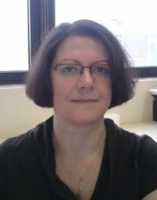 Response: In the past few years, several large clinical studies have reported an association between the use of selective serotonin reuptake inhibitors (SSRIs) and an increased risk of bone fractures. Yet, a few studies conducted on small cohorts using these drugs for a short time showed a decrease in bone resorption parameters and thus minor bone gain.

To understand this paradox and to define how the deleterious effect of SSRIs could be prevented we conducted a series of studies in mice treated with fluoxetine, the active molecule of the widely prescribed SSRI Prozac.

Response: Our findings are threefold:

Response: Our study provides a proof-of-principle that the deleterious effect on bone caused by a long-term treatment with SSRIs can be prevented by a combination therapy with a beta-blocker.

Response: The first, easiest, step is to conduct retrospective studies to test whether patients taking both SSRIs and beta-blockers have less bone fractures than patients taking only SSRIs on the long run.

A second step would be to perform prospective studies in which different class of SSRIs and beta-blocker as well as different doses of the latter would be tested.