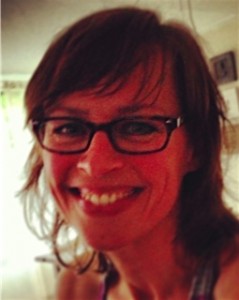 Response: Zooming in on individual symptom patterns can reveal interesting information. The level of connectivity of individual symptoms may guide clinical therapy. Symptoms with a central location in the network can be identified as plausible targets for micro-interventions. Since a central symptom is likely to have an influence on many other nodes, intervening on such a symptom might be more effective than general interventions. However, it is important to note that the networks in this study are based on a between-subjects design. Thus, this study is a proof-of-principal and seems a promising line of research; it offers support for a different take on psychopathology, namely that of a network of symptoms.

Response: As the results in this study are based on a between-subjects design, a first step would be to investigate whether the network structures are generalizable to individual patients. This would require gathering data according to the Experience Sampling Method (ESM). With ESM data, the network of an individual patient can be inferred and related to the course of depression.

According to the network approach, symptoms with an important role in the network may be interesting targets for intervention. However, there are many measures that are indicative for the importance of an element in a network. It has yet to be established which measures are clinically relevant in identifying important symptoms.