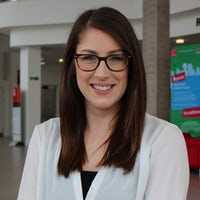 Response: In our study, we found that psychotic experiences in the general population had a small genetic component. Many of the genetic variants that made up this small genetic component were in common with genetic variants that are associated with several psychiatric disorders including schizophrenia, but also major depressive disorder, bipolar disorder, and neurodevelopmental disorders such as autism spectrum disorder and ADHD.

Response: That the genetic variants that increase the risk of psychotic experiences in the general population are not only related to schizophrenia, but rather to a general risk for mental health disorders.

Response: The genetic causes of psychotic experiences in the general population are not solely related to schizophrenia and should therefore not be used as a proxy for psychotic disorders.