14 Feb Ketamine Before Stressful Event May Reduce Risk of PTSD 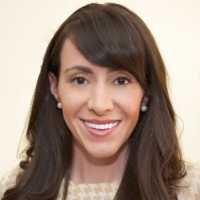 Response: Post-traumatic stress disorder (PTSD) is one of the most common psychiatric illnesses, affecting about 8 million adult Americans, and an annual prevalence of about 3.5% worldwide. At-risk populations such as soldiers and veterans are at a higher risk to develop PTSD. Stress exposure is one of the major risk factors for PTSD and major depressive disorder (MDD), a disorder which is often co-morbid with PTSD.

There are currently very limited treatments for PTSD and MDD. In addition, these disorders are treated in a symptom-suppression approach, which only mitigate symptoms and work in only a small fraction of patients. Prevention is rarely an approach considered except in the form of behavioral intervention. However, pharmacological approaches to preventing psychiatric diseases has not yet been developed.

Our laboratory has previously found that ketamine, a general anesthetic and rapid-acting antidepressant, administered sub-anesthetically prior to stress can prevent against stress-induced depressive-like behaviors. We decided to delve into the literature to determine whether ketamine has any effects on PTSD in the clinic. We found numerous reports linking ketamine to PTSD, but the results were varied. We realized that the main difference in all of these studies was the timing of administration. We decided to systematically test the efficacy of ketamine in mice at various time points relative to a stressor to determine when would be the most effective window to buffer against heightened fear expression.

We found that ketamine administered 1 week, but not 1 month or 1 day, prior to a stressor was the most effective time point to administer the drug to buffer fear. This is critical, as it suggests that a pharmacological approach to enhance resilience can be more effective at protecting against PTSD symptoms than attempting to mitigate symptoms after it has already affected an individual.

Response: We hope that readers will be open to the novel approach that is potentially preventing something as complex as a psychiatric disorder from developing. While we are aware that there are a myriad of complex ways to develop PTSD or MDD, we are mainly focused on susceptible populations that are most at risk for developing these disorders. The main take-away is the burgeoning potential of developing resilience-enhancing therapeutics that would avoid the debilitating effects of stress-induced disorders that could last from years to a lifetime.

Response: We are most interested in deciphering a molecular signature of this resilience-enhancing effect and are currently investigating some of our hypotheses regarding its mechanism. Furthermore, we are eager to determine how and whether these effects translate to humans, particularly susceptible populations such as soldiers about to be deployed to war or rescue workers preparing for a volunteer mission to dangerous areas.

Disclosures: Dr. Christine Ann Denny and Dr. Rebecca Brachman are named on a provisional patent application regarding for the prophylactic use of ketamine against stress-related psychiatric disorders.