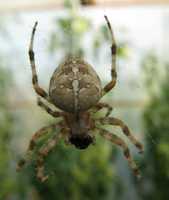 Foundation: This study was conceptualized during a conversation we had, namely, Dr. Yaakov Hoffman, Interdisciplinary department of social sciences, Bar Ilan University, and Professor Menachem Ben-Ezra School of Social Work, Ariel University, following the release of the Antman movie. We are both psychologists who are also avid Marvel  superhero fans. In this meaningful conversation we discussed the issue of fear of insects which led to the idea that positive exposure to phobic stimuli (exposure to spider or ants) within the context of Marvel superheroes will lead to robust reduction in phobic symptoms. As most of the conventional treatments for specific phobias use exposure to the phobic stimuli in neutral contexts, we thought that framing the exposure in a positive fun, albeit fantasy context would yield robust results, as well as perhaps reducing stigma.

Background: Spider phobia (arachnophobia) is one of the most common specific phobias (3.5-6%). Like other phobias, it is manifest by unreasonable excessive fear, immediate anxiety responses, avoidance of the stimulus (e.g., spider) or extreme distress when enduring it, and life limiting, impairs with one’s daily routine. Many may also feel disgust. These symptoms may be so strong, that persons may avoid places where spiders may be more common or even do extreme things, e.g., burn down a shed because it may have spiders inside.

Usually the treatment involves exposure to the very phobic symptom. This is true both for therapies that put the main emphasis on exposure as well as therapies that include other elements such as cognitive behavioral therapy (CBT) where one undergoes in addition to exposure also cognitive reframing to change the way he / she views a spider (e.g., as disgusting and dangerous). Exposure to the very stimulus that is causing the phobia is understood to reduce phobic symptoms (e.g., fear and avoidance).

Most persons suffering from such phobias do not seek therapy. Most of those who seek therapy find the more potent in-vivo exposure to real spiders difficult. Indirect exposure (in-vitro) is less potent but easier. Exposure via virtual reality yields adequate results, but most therapists do not use such techniques and thus they are less available. In addition, many intervention protocols include “homework” where the client continues his/her exposure between sessions, a task often too difficult to be carried out.  In all the above, the phobic stimulus is a realistic spider.

Response: The findings showed that a 7 second in-vitro exposure to a Spiderman scene (peter parker being bitten by a spider) reduced spider phobia symptoms by 20%. A similar, albeit less robust reduction was observed for the Antman group. There was no significant effect in insect phobia symptoms as a result of viewing the fun Marvel opening scene or the calm natural scene. Moreover, we controlled for familiarity with Marvel superheroes; findings were not being driven by familiarity with superhero movies or comics.

Response: A fun type of very brief exposure was found to efficacious in reducing phobia symptoms in a non-clinical adults sample. Although there are several steps that need to be taken (see below), the current results suggest that:

Response: Exposure to Marvel’s “good ole Spidey” may be an optimal solution for persons suffering from spider phobia, who find in-vivo exposure too difficult, especially when  virtual reality is unavailable. It is a potent, fun, motivating exposure and thus should be considered  as part of a cognitive behavioral therapy protocol.

It is important to reiterate, that even though the current results were replicated (results in the Spiderman and Antman conditions were the same) and seem promising, they are still preliminary. Furthermore, as noted, the current study was conducted on a non-clinical population. Hence, future studies should focus on clinical population and see how this phase integrates within the CBT treatment as a facilitator of recovery.

No conflict of interest, no funding was received , it was purely academic