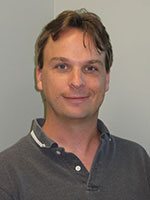 Response: The degree to which screen time influences youth across a variety of behavioral outcomes has been a source of debate and contention for decades. For many years the American Academy of Pediatrics recommended to parents that they allow older children no more than 2 hours of screen time per day. However, this number was never clearly based on good data. And in 2014 one study (Przybylski, 2014 in Pediatrics) suggested that ties between screen time and behavioral outcomes were very weak, and only seen for the most extreme screen users. So I was curious to see if these results would replicate for a large sample of US youth.

Response: Using data collected by the State of Florida Department of Education and based on a survey developed by the Centers for Disease Control, I examined whether screen use among youth correlated with a wide range of behavior outcomes. These included aggression, depression, disordered eating, risky driving, risky sex, grades and substance abuse. Replicating Przybylski, I found no relationship between screen time and behavioral outcomes up to about 6 hours a day or screen consumption. For teens who consumed more than 6 hours a day of screens, there were very weak correlations with aggression, depression and reduced grades, but not the other outcomes. However, these correlations were so small that they are arguably trivial.

Response: Well, interestingly, just last year the American Academy of Pediatrics removed their 2-hour maximum suggestion. This is a good thing as there’s little evidence this suggestion was particularly helpful. It appears that youth can consume much larger amounts of screen use per day than we had previously thought, without this being associated with negative outcomes in youth. We now have two big and preregistered studies that find the same thing.

Of course, it’s important that media use is balanced with exercise, good sleep and academics. But if we’re serious about tackling some of the problems facing youth it appears that “screen time” is not the direction that’s going to give us much bang for out buck. For parents, so long as kids are doing ok at school and getting some exercise and enough sleep, them being focused on video games or movies is not a huge deal.

Response: It’s probably time to move beyond the idea that media have direct, powerful and predictable effects on consumers. This is not to say media has no effect at all, however. But it would be more interesting to look at ways in which consumer motivations, their personalities and prior experiences and what they hope to get out of media interact with different types of media. The match between media and the individual is more important than content. For instance, for me, I can’t stand the show “Full House” so watching it makes me angry. It’s a bad match for who I am. But someone else might really enjoy it! Same, for say heavy metal music. We can’t say listening to heavy metal makes people aggressive. For some people, listening to heavy metal may relax them, for others agitate them. The same is true for jazz, country, etc…

Response: I think it’s important to remember that, on most indices, youth today look better behaviorally than they had in previous generations. Youth violence dropped over 80% over the past two decades, we’ve seen historical lows in teen pregnancies, kids are using illegal substances and alcohol less, etc…despite an increasing plethora of screen use. We’re just not seeing evidence for screen time as a major predictor of behavior outcomes in youth.

As for disclosures, I have no conflicts of interest to declare!