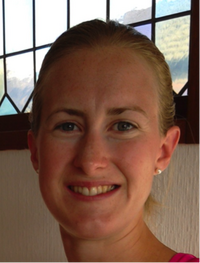 Response: We followed almost 200,000 long-distance skiers for up to two decades and investigated how many of these skiers were diagnosed with anxiety disorders compared to people of the same sex and age in the general population. In total, the study included almost 400,000 people. (Previous studies have shown that Vasaloppet skiers are significantly more physically active than the general population.)

What surprised us the most was to discover how the physical performance in the ski race (finishing time among the skiers) impacted the risk of future anxiety differently in physically active men and women. We were surprised to see that physically high-performing women had almost a doubled risk of developing anxiety compared to lower-performing women. However, the total risk of getting anxiety among these high-performing women was still lower compared to the more physically inactive women in the general population. So it seems like both sexes benefit from being physically active, even though the optimal level may differ between men and women.

Response: That both men and women benefitted from having a physically active lifestyle in terms of the risk of developing anxiety disorders. But also that other factors linked to exercise behaviors may affect mental well-being, and the impact of this may differ between men and women, even though additional studies have to investigate this more in depth.

Our study is important because it is the largest population-based study to date, confirming a long-term association of a physically active lifestyle on the later development of anxiety disorders in both men and women seen in previous studies with shorter follow-up times. In addition, our study reveals an association between physical performance and the risk for anxiety disorders in women specifically has not been reported before.

Response: Our study does not investigate why faster skiing is associated with an increased risk of developing anxiety compared to slower skiers among women. Hence future studies considering the impact of exercise intensity on the risk of developing anxiety disorders in men and women separately are warranted, especially with designs allowing for conclusions about directionality and causality of the association between physical activity and anxiety.

Response: It is important to note that our study is an epidemiological study, where you can find interesting associations, but you cannot really scientifically prove the causation. Therefore, randomized intervention trials, as well as long-term objective measurements of physical activity in prospective studies, are required to assess the validity and causality of the association we reported.

In addition, our study investigate a physically active lifestyle as a whole. This may also include other habits, like better diet, less smoking, etc, which may affect the result.