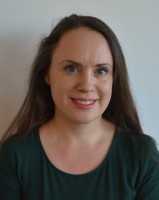 Response: The humanitarian crises in Europe, the Middle East, north Africa, and central Asia have led to more displaced people, asylum seekers, and refugees worldwide than at any time since the second world war. Refugees are known to be at an increased risk of mental health problems, such as post-traumatic stress disorder and other common mental disorders, compared to non-refugee migrants, but little is known about their risk of psychosis.

The aim of the study was to determine the risk of schizophrenia and other non-affective psychotic disorders among refugees, compared to non-refugee migrants, and the general Swedish population. We used a linked national register data to examine more than 1.3 million people in Sweden, and tracked diagnoses of non-affective psychotic disorders among the population. The cohort included people born to two Swedish-born parents, refugees, and non-refugee migrants from the four major refugee generating regions: the Middle East and north Africa, sub-Saharan Africa, Asia, Eastern Europe and Russia.

The increased rate in refugees was significant for all areas of origin except sub-Saharan Africa, for whom rates in both groups were similarly high relative to the Swedish-born population. One possible explanation is that a larger proportion of sub-Saharan Africa immigrants will have been exposed to deleterious psychosocial adversities before emigration, irrespective of refugee status. Alternatively post-migratory factors, such as discrimination, racism, and social exclusion may explain these high rates.
Overall, our findings are consistent with the hypothesis that increased risk of non-affective psychotic disorders among immigrants is due to a higher frequency of exposure to social adversity before migration, including the effects of war, violence, or persecution.

Response: To take the early signs and symptoms of psychosis into account in refugee populations as part of any clinical mental health service responses to the current global humanitarian crises.

Response: As the study was based on routine register data, information on potentially aetiologically relevant experiences prior to migration was unavailable and although the analysis were controlled for income and post-migratory urban residency, we were unable to investigate other post-migratory factors, including racism, discrimination and ethnic density in the available data. Further exploration these pre- and post-migration factors present an important avenue for future research.

Response: Clinicians and service planners in high income settings should be aware of the early signs of psychosis in refugees, for whom median presentation to services after arrival to Sweden was over a year sooner than for other migrant groups. Just as for the general population, refugees and their families will benefit from timely and early interventions and care, particularly in those exposed to severe psychosocial adversity.