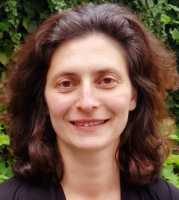 Response: Schizophrenia is a chronic and severe psychiatric disorder that affects roughly about 1% of population. Although it is not as common as other mental disorders, such as depression, anxiety, and attention deficit disorder (ADD), and so on, schizophrenia  is perhaps one of  the most debilitating psychiatric disorders,  preventing people from normal  functioning in daily life. It is characterized primarily by a range of psychotic symptoms, including hallucinations (false auditory, visual or tactile perceptions detached from reality), as well as delusions, disorganized thoughts, speech and behavior, and multiple other symptoms including difficulty showing (and recognizing) emotions, poor executive functioning, inattentiveness, problems with working memory,  and so one. Overall, schizophrenia has a devastating impact not only on patients and their families, but on the economy, as it was estimated to cost the US about 2% off  gross national product in treatment costs, missed work, etc.
Thus, taking steps towards better understanding of the disease can potentially lead to more accurate early diagnosis and better treatments.

In this work, the objective was to identify “statistical biomarkers’ of schizophrenia from brain imaging data (specifically, functional MRI), i.e. brain activity patterns that would be capable of accurately discriminating between schizophrenic patients and controls, and reproducible (stable) across multiple datasets. The focus on both predictive accuracy (generalization to previously unseen subjects) as well as on stability (reproducibility) across multiple datsets differentiates our work from majority of similar studies in neuroimaging field that tend to focus only on statistically significant differences between such patterns on a fixed dataset, and may not reliably generalize to new data.

Our prior work on neuroimaging-based analysis of schizoprenia http://journals.plos.org/plosone/article/related?id=10.1371/journal.pone.0050625, as well as other research in the field, suggest that disrupted functional connectivity can be a much more informative source of discriminative patterns than local changes in brain activations, since schizophrenia is well known to be a “network disease”, rather than a localized one.

This work was aiming to answer the question: to what extent  the patterns of  disrupted functional connectivity generalize across different studies, involving different  patients, different experimental paradigms (tasks to be performed in a scanner), different sites, etc. Building upon our PLOS One paper, which was  focused on a very small, homogeneous cohort of patients, we  further explore  functional connectivity disruptions in a larger, noisier cross-site study (fBIRN dataset) with a much more heterogeneous cohort of patients. Despite a considerably more challenging dataset, we are able to discriminate schizophrenia with about 74% accuracy (and relatively balanced false positive and false negative rates, varying across different classification approaches, such as logistic regression, SVM, and a few others, but always falling in the 20-30% range).  Furthermore, besides achieving such encouraging classification accuracy on a challenging multi-site heterogeneous dataset,  our novel contribution is demonstrating, for the first time, the value of functional connectivity features for predicting the symptom severity level (e.g., inattentiveness, bizarre behavior, thought disorder, etc.); overall, the most prominent network disruptions involve thalamo-cortical connectivity, as well as precuneus, supporting some of the prior findings in schizophrenia studies, on different patient cohorts and experimental conditions.

Response: The main take-away messages include:

1. In general, brain imaging studies of any psychiatric disorder could benefit from using multivariate  machine-learning approaches, besides standard univariate statistical tests; more specifically, we suggest to subject candidate biomarkers (patterns) not only to  standard statistical significance testing on a full dataset, but always  evaluate their  predictive (generalization) ability, as well as – and this is extremely important –  their stability (reproducibility) across multiple datasets. The combination of these three criteria (statistical significance, generalization accuracy and stability/reproducibility) can hopefully produce much more reliable ‘statistical biomarkers’ of a wide range of mental disorders.

2. It is reassuring that, even on highly heterogeneous, cross-site data analyzed in this work, there is a pretty strong evidence that relatively stable predictive markers (generalizing with 74% accuracy) of schizophrenia can be identified, and that, as in other studies, they involve disruptions to functional connectivity, underscoring the non-localized,  network-based nature of  schizophrenia, and suggesting to approach this disorder as a “malfunctioning  of a complex dynamical system” rather than any specific area or even a specific set of connections.

Response: The most obvious limiting factor in majority of modern neuroimaging studies is the size of available datasets;  going from a few dozens to a few hundreds of subjects in brain imaging may still  not be sufficient to make truly reliable conclusions about such complex and heterogeneous mental disorders as schizophrenia. Thus, the future research should involve much larger datasets, or combinations of multiple existing datasets, as well as a longer-term goal of much larger studies involving thousands of patients.  In the meantime, even with the existing relatively limited-size datasets, another direction of future research involves exploring other types of patterns/features, including those extracted automatically using state-of-art representation learning approaches (e.g., deep neural nets, with sufficient amount of regularization/constraints to make them applicable to relatively small datasets).