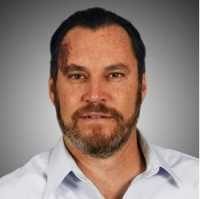 Response: DISC1 is a schizophrenia associated gene originally identified in a Scottish family. DISC1 protein is highly expressed in the developing brain and in the dentate gyrus of the adult hippocampus, and is involved in neuritogenesis and neuronal signaling. DISC1 is located in multiple intracellular locations including axons and synapses, and loss of DISC1 function causes deficits in neural development, neuronal proliferation, axonal growth, and cytoskeleton modulation, which are consistent with abnormal neural development in schizophrenia.

SynCav1 means synapsin-driven caveolin construct. Synapsin promoter is neuronal specific which allows us to increase caveolin expression-specifically in neurons. We have previously shown that SynCav1 increases neuronal signaling and dendritic growth and arborization in vitro (Head BP JBC 2011), and when delivered in vivo augments functional neuroplasticity and improves learning and memory in adult and aged mice (Mandyam CD Biol Psych 2015).

Response: These findings suggest an important role by which neuron-targeted Cav-1 regulates DISC1 neurobiology with implications for synaptic plasticity. Therefore, SynCav1 might be a potential therapeutic target for restoring neuronal function in schizophrenia.

Response: Future direction is to treat human neurons derived from pluripotent stem cells from schizophrenic patients with neuron-targeted caveolin-1 to see if we can reverse the cellular phenotype by regulating DISC1 expression as well as expression of proteins critical for functional synaptic plasticity.

Response: We hold a patent with UCSD on the use of the neuron-targeted caveolin-1 expression vector for treating neurodegeneration and mental health disorders.

Here is a link to the patented technology: https://techtransfer.universityofcalifornia.edu/NCD/21446.html