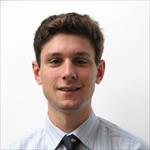 Response: An association between schizophrenia and epilepsy has long been suspected, ever since people noticed similarities in some aspects of the presentation of the two conditions, and in their epidemiology. For example, people with epilepsy are thought to be more at risk of developing schizophrenia. Furthermore, a psychosis resembling schizophrenia can characterize some forms of epilepsy. Whether this link reflected an overlap in the genetics of the two conditions has remained a mystery, however. In this study, we used a recently developed computational technique to show that there is a significant positive correlation between the genetic variants that are associated with epilepsy and with those that are associated with schizophrenia.

Response: This study adds support to the idea that there is a shared biology between schizophrenia and epilepsy. It also places this relationship at the level of the genome. This is in contrast to some other diseases where the relationship reflects a shared environmental cofounder rather than overlapping genetics, although this study does not rule out a concurrent environmental contribution to the overlap between schizophrenia and epilepsy.

It is important to note that this study does not suggest that schizophrenia and epilepsy are different manifestations of the same disease, or that they have the same cause, but it indicates some overlap in the complex biochemical pathways underlying both conditions. We hope this might yield additional clues into their respective etiologies, of which much remains to be understood.

Response: We have used a recently developed computational technique in our analysis called Linkage Disequilibrium Score Regression (“LDSC”). This method is powerful in that it only requires summary statistics from genome wide association studies (GWAS), which are often made publicly available. Other methods exist for estimating genetic correlation however, and although these require more complete datasets, it would be interesting to apply these methods to GWAS of schizophrenia and epilepsy. In addition, the current study may provide some focus for ongoing research into the relationship between schizophrenia and epilepsy by demonstrating that the relationship does indeed reflect a shared genetic susceptibility.​