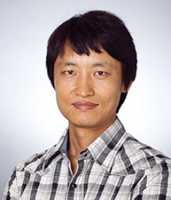 Response: The findings are relevant as previously the risk of schizophrenia in children associated with older mothers was generally thought to be caused by the age of the father and possible mutations in germline of older men. This explanation may now need to be revisited.

Response: We have only considered genetic risk for schizophrenia because sample size, and hence the power to estimate risk allele effect sizes, is greatest. For example, 108 independent risk loci for schizophrenia have been identified as being genome-wide significant compared with only 3 for bipolar disorder. As GWAS sample sizes for other psychiatric disorders increase, then replication of our analyses based on these disorders will be possible.

Response: In this study, we investigated genetic overlap between schizophrenia and AFB using a novel experimental design based on genomic data that enables genetic effects to be disentangled from other confounding factors. This is achieved through independently collected schizophrenia and Age at First Birth data sets that are genetically informative.

The Age at First Birth data are collected from community samples with no known enrichment for psychiatric disorders. In particular, we sought to determine if response variables based on the relationships reported from a previous study between maternal age and schizophrenia risk in children could be predicted by schizophrenia risk profile scores in our independent data.