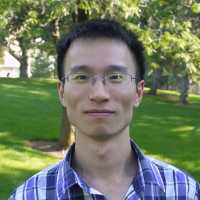 Response: I joined Dr. Richard Dorsky’s lab in mid 2013 after a lab switch toward the end of the fourth year in my PhD. By then, the Dorsky lab at the University of Utah had published zebrafish lef1 mutants with a hypothalamic neurogenesis phenotype. I was asked to perform an RNA-sequencing (RNA-seq) experiment to identify Lef1-dependent genes. In doing so, I also characterized the cellular phenotype in the hypothalamus of our zebrafish mutants in a greater detail.

The first transition of this project happened when I proposed in late 2013 to test whether Lef1’s function was conserved in the mouse hypothalamus. Dr. Dorsky liked that idea, but told me that I could only pursue that idea if there was a Lef1-flox mouse strain available, because he did not want me to delay my graduation after a lab switch by making a new mouse line. Fortunately, a quick google search located the right mouse line published from the group of Dr. Hai-Hui Xue, who was generous enough to share some mice with us. Because the Dorsky lab was a zebrafish lab by then, we collaborated with Dr. Edward Levine to maintain our mice under his animal protocol. I was initially trained by Dr. Levine and his lab specialist Anna Clark for general mouse colony management. After Dr. Levine moved to Vanderbilt University in early 2016, we began to maintain our mice under Dr. Camille Fung’s animal protocol. Dr. Dorsky also supported me in attending a 3-week Cold Spring Harbor Laboratory Course on Mouse Development, Stem Cells & Cancer in mid 2015, which made me much more confident in handling mouse work afterwards.

Another transition of this project happened when I became interested in the behaviors of our zebrafish mutants very early on. Although the Dorsky lab was not a behavioral lab by then, Dr. Dorsky was supportive of my decision spending long time in the animal facilities, just looking at the animals, or measuring their body size. I had already noticed an anxiety phenotype in the zebrafish mutants in late 2015, but was glad to see a consistent result from an unbiased bioinformatics analysis on our zebrafish RNA-seq experiment. In the meantime, we also started to look for collaborators on campus who had the equipment and manpower to test anxiety on our mouse mutants. In October of 2015, Dr. Dorsky found Dr. K.C. Brennan and his research associate Dr. Dan Kaufmann, who had a lot of experience in anxiety behavioral tests. Upon receiving the mice I generated, Dr. Kaufmann assayed anxiety with well-thought protocols, including separating female in different estrus cycles. Sure enough, we got an anxiety phenotype in our mouse mutants, which Dr. Kaufmann regarded as beautiful as in a text book.

The next transition has to do with all the other animal models we included in the paper. I proposed the Drosophila project in late 2015 after reading a paper saying that Crhbp has a Drosophila ortholog which shares 66% homology with its human version. This idea was not given a priority until our mouse RNA-seq result came back in April of 2016, when we unexpectedly found Lef1-dependent hypothalamic genes being different between zebrafish and mouse. The different gene found in the mouse is Pmch, which turned out to be a vertebrate-specific gene after literature reading. Then a perfect testable hypothesis in Drosophila appeared: it’s possible that Lef1-dependent crhbp expression in the zebrafish is conserved in flies. After talking to several fly PIs on campus, I found Dr. Anthea Letsou and her graduate student Matthew Moulton, who were both interested in this collaboration. Shortly, a simple in situ hybridization experiment confirmed our hypothesis.

After gathering all the data in the zebrafish, mouse and Drosophila, we started to submit our manuscript in October of 2016. Unfortunately, we were directly rejected by the editors of many journals for four months. Luckily for us, after submission to PLOS Biology in February of 2017, the editor passed our story to the reviewers. Coincidentally, on the submission day, I talked to another graduate student Wei-Chao Huang from our neighboring lab about the human GTEx project, and was told that GTEx RNA-seq data were downloadable. Prior to that conversation, I had always wanted to access human RNA-seq data to test whether expression of LEF1 is correlated with PMCH rather than CRHBP. After acquiring the human GTEx data, I found probably the most unexpected result in our paper: expressions of PMCH and CRHBP showed a nearly perfect positive correlation. Both Dr. Dorsky and I searched, but found no paper reporting any relationship between these two genes. Based on Allen Brain Atlas, these two genes are also not expressed in the same mouse hypothalamic regions, which however does not necessarily rule out the possibility of their co-expression in the human hypothalamus.

The last piece of evidence comes from my meeting with Dr. Tomomi Shimogori in November of 2016 at the Society for Neuroscience annual meeting. I learned from the abstract book that Dr. Shimogori was going to co-chair a minisymposium on human brain development, and I also knew that Dr. Shimogori co-authored the groundbreaking 2010 Nature Neuroscience paper with Dr. Seth Blackshaw on the developing mouse hypothalamus. Therefore, I approached Dr. Shimogori and also heard her talk on the Marmoset Gene Atlas in that minisymposium. Not only giving feedback on my poster, she also agreed to ask her team members in Japan to perform Marmoset in situ hybridization on the three genes that I cared about: Lef1, Pmch and Crhbp. During peer review in PLOS Biology, we learned from her that Pmch and Crhbp are expressed in the same Marmoset hypothalamic regions. In the revision, we included the human and Marmoset data along with some zebrafish data recommended by the reviewers.

Response: Mouse geneticists should bear in mind that mouse may still be evolutionarily too distinct from human. Geneticists using lower animal models can now cite our paper in their grant applications to justify their animal models being as suitable as mouse in identifying mechanisms conserved in the human.

Response: During literature reading for this paper, I found many behaviors affecting each other. For example, enhanced anxiety in animals will normally lead to reduced food intake. I found that most papers studying feeding only assayed for feeding, but never assayed other behaviors that may in turn affect feeding behaviors. If you google Pmch, you will find its function mainly reported in feeding and sleeping. However, from our work, especially the unexpected positive expression correlation between PMCH and CRHBP in the human hypothalamus (Crhbp is an inhibitor of a well-known stress hormone CRH), I believe that Pmch may have a major function in anxiety instead. I would recommend that, when reporting a feeding or bodyweight phenotype, one should also test basal anxiety level, to rule out a possible effect secondary to an anxiety phenotype.

Response: I am grateful to all the people mentioned so far, as well as the other four co-authors of our paper: Samin Panahi who performed mouse HuC/D immunostaining, and mouse Crhbp in situ hybridization along with John Gaynes; Harrison Watters who finished some zebrafish experiments recommended by the reviewers; and Dingxi Zhou who was an undergraduate summer student in 2014 involved in some early experiments on zebrafish p53 mutant and BrdU labeling.