15 Oct Youth Suicide Can Be Decreased With Comprehensive Prevention Program 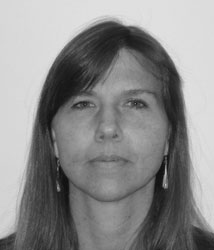 Dr. Walrath: The study is part of a legislatively mandated evaluation of programs funded by the Garrett Lee Smith Memorial Act, signed into law in 2004 in recognition of the major public health problem of suicide and suicidal behavior in the US. The legislation set aside funding for campuses, states, tribes and US territories to develop, evaluate, and improve early intervention and suicide prevention programs. This is the most widely implemented group of suicide prevention programs in the United States, and allowed a unique opportunity, as reflected in the findings of this study and the study in the American Journal of Public Health in the spring (Walrath, C., Godoy Garraza, L., Reid, H., Goldston, D. B., & McKeon, R. (2015) to demonstrate that comprehensive community based suicide prevention programs appear to be effective in reducing suicide and suicide attempts.

As mentioned, this is the second article on the impact of GLS suicide prevention program on youth suicide behavior. The previous one, published in APHA earlier this year, focused on suicide deaths, while this one focuses on suicide attempts. They use different sources for the outcome measures: vital records in one case and a large national survey in the other. In both cases, the county is the unit of analysis. They both take advantage of the availability of a large amount of information for relatively small areas to select counties that are essentially comparable. Making sure that the counties being compared are similar except for the GLS implementation is very important when randomized trials to assess impact of the prevention program are not feasible.

The study found a reduction in the rate of suicide attempts among youth 16 to 23 following the implementation of the GLS program in counties exposed to these prevention activities when compared with similar counties that were not exposed to such intervention. The difference is significant and substantial: 4.9 less attempts per thousand youths. There is no evidence of a simultaneous change in the suicide attempt rate among adults, a group that was not targeted by GLS. The findings are consistent with those from the previous study, which found a substantial reduction in suicide mortality among youths 10-24 following GLS implementation: 1.3 fewer deaths per one hundred thousand youths.

Dr. Walrath: We are particularly interested in learning about specific aspects or components of the GLS suicide prevention program that may have been more effective. The two studies utilized a large number of counties exposed to GLS over time to be able detect differences in suicide behavior, which is usually quite challenging due to its relatively low frequency. However, precisely for that reason, the study was not well suited to answer questions about specific components of the program that may have worked better than others. There is also some evidence suggesting better performance in smaller and more rural counties. These findings are suggestive but not completely understood. We are also interested in other outcomes, such as hospitalizations and ED visits, which may provide additional evidence of program impact.