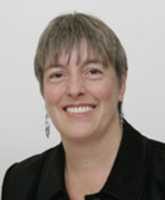 Our objective was to evaluate the associations between nutrition and severity of ALS around the time of diagnosis. This was a cross-sectional analysis of data from a multicenter cohort of 302 patients with ALS. We assessed nutrient intake using a modified Block Food Frequency Questionnaire. The outcomes were respiratory function (measured using percentage forced vital capacity; FVC%) and functional performance measured by ALS Functional Rating Scale–Revised (ALSFRS-R), both considered important indicators of the severity of ALS. Results of the regression analysis were that higher intakes of antioxidants and carotenes from vegetable intake were associated with higher ALSFRS-R scores or better %FVC.

We used a novel analysis to evaluate the diet as a whole and found that higher intakes of antioxidants, fiber from grains, vegetables, fruit, eggs, fish, and poultry were all associated with higher function in patients with ALS. However, milk and lunch meats were associated with lower measures of function. These consistent results from two different statistical analyses indicate that diet may help minimize the severity of ALS. Perhaps these findings point to the role of oxidative stress in ALS severity.

In summary, increased consumption of antioxidant nutrients, foods high in carotenoids and fiber, vegetables and fruits, poultry and fish are associated with better function around the time of ALS diagnosis.

Response: It appears that nutrition may play a role in the pathogenesis and progression of amyotrophic lateral sclerosis. Therefore, nutritional care of the patient with ALS should include promotion of foods high in antioxidants and carotenes, including fruits and vegetables, as well as high fiber grains, fish and poultry.

Response: The foods and nutrients that may help reduce the severity of ALS are very similar to the recommendation to prevent many other chronic diseases. Our goal should be to advocate an increase in fruit and vegetable intake, increase consumption of whole grains and choosing lean protein sources such as poultry and fish.