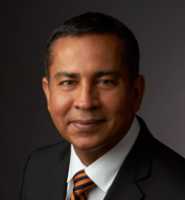 Dr. Varma: In a study funded by the National Eye Institute (NEI)/NIH, our team of USC Roski Eye Institute researchers determine the current and future (through the year 2050) burden of vision loss in the United States. In the course of this study, adults over the age of 40 were found to have variations in Visual impairment and blindness based on their demographics and geography.

Dr. Varma: In the next 35 years prevalence of Americans with visual impairment from eye disease will more than double from an estimated 3.22 million (currently) to 6.95 million in 2050. In addition, more than 2 million persons aged 40 years and older are estimated to be blind by 2050 compared to 1.02 million in 2015.

By 2050, 16.4 million Americans over age 40 will have visual impairment due to uncorrected refractive error (lack of eye glasses) compared to 8.2 million in 2015.

Dr. Varma: This study gives us a GPS for our nation’s future eye health.  Increased education and screenings are critical for both younger and older Americans to prevent vision impairment that can dramatically impact quality of life especially in non-Hispanic white women and minorities over age 40.  The earlier we can diagnose and treat these potentially blinding eye diseases greater is the likelihood that more people will have the chance to live longer lives without the physical limitations and emotional challenges of vision loss. One important approach to reducing the burden of vision loss is to get regular eye examinations especially in those persons aged 40 years and older.

Furthermore, our group and others have shown in previous studies that those who suffer from vision loss not only have a decreased quality of life but can also experience both physical and mental health decline including an increased risk for chronic health conditions such as diabetes, depression and even death. In addition, the economic burden from vision loss and eye disorders in the U.S. was estimated to be over $139 billion annually in 2013.

Dr. Varma: The specific causes of vision loss in various geographic regions in the US needs to be studied. Further, screening programs targeted at high-risk groups with specific eye diseases should be developed and implemented. This is critical if we are to reduce the enormous burden of vision loss and blindness that is facing our nation.

Finally, it is important for the NIH to continue to fund research in determining the prospective changing burden of vision loss and eye diseases in order to have accurate and timely data for targeted intervention programs.

Response: it is critical to emphasize that the highest burden of vision loss both currently and in the future is in older non Hispanic white women.